A suspect is in custody after more than 40 individuals overdosed in a Connecticut park on a drug suspected of being laced with an opioid, police say. 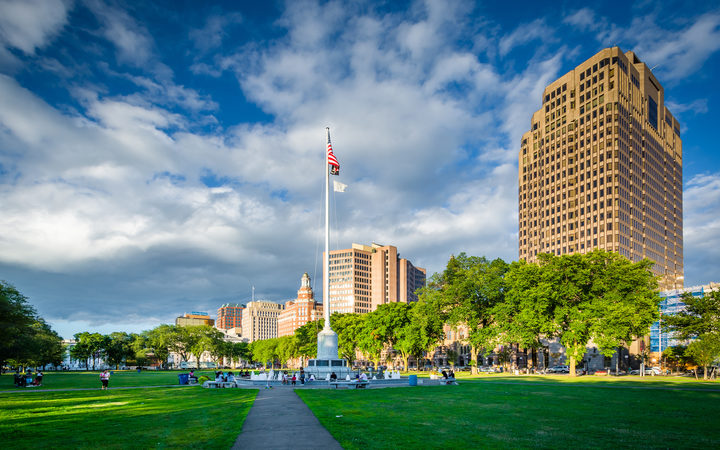 No fatalities reported over the overdose incidents but some of the individuals are in critical condition, officials said. Photo: 123rf

There have been no fatalities reported over the incident, but some of the individuals are in critical condition, officials said.

The first overdoses were reported near Yale University the previous night.

The incident follows a new report that found a record 72,000 Americans died of overdoses in 2017.

Police arrested a man who is suspected of being connected to some of the drugs that caused the overdoses, NBC News Connecticut reported.

Officials believe the individuals may have taken doses of K2, a synthetic drug marketed as being similar to marijuana.

Dr Kathryn Hawk, an Emergency Department physician at Yale New Have Hospital, said the drug was laced with fentanyl, but police have yet to confirm the drug.

On the first night of the incidents, emergency crews responded to three overdoses in New Haven Green park.

Eighteen people collapsed the next morning within a span of three-and-a-half hours, officials said.

Some individuals were unconscious; others were vomiting or exhibiting other overdose symptoms.

In all, more than 40 individuals had overdosed.

The Drug Enforcement Administration (DEA) has been informed of the incident.

The fire department gave the affected individuals naloxone, a drug used to treat narcotic overdoses in emergencies, but those doses were reportedly ineffective.

NBC News reported that the Yale-New Haven Hospital received seven patients and some were in critical condition. No fatalities have been reported.

The slew of overdoses comes as the Centers for Disease Control (CDC) published a preliminary report on the record number of American drug deaths.

According to the estimates, drugs - particularly fentanyl - are now deadlier in the US than HIV, car crashes and guns.

The US opioid crisis is affecting these increases, according to the report.

Synthetic opiates like fentanyl, which is 30-50 times more potent than heroin, are extremely dangerous, with high risks of overdose and death.

Just 2mg of fentanyl - or a few grains of table salt - is a lethal dosage for most people, and even exposure can cause a fatal reaction, according to the DEA.

Fentanyl is approved as an anaesthetic and for pain relief, but its high profit margin for traffickers has made it a key drug in the US opioid crisis.

The CDC reported that between 2015 and 2016, the rate of drug overdose deaths in the US involving synthetic opioids such as fentanyl had doubled.

"People are self-medicating for several different reasons and every agency - police, fire, medical, hospitals - all are strained at this time," Chief Alston said.

"This is a problem that's not going away."