A huge new leak of financial documents has revealed how the powerful and ultra-wealthy, including the Queen's private estate, secretly invest vast amounts of cash in offshore tax havens.

Donald Trump's commerce secretary is shown to have a stake in a firm dealing with Russians sanctioned by the US. 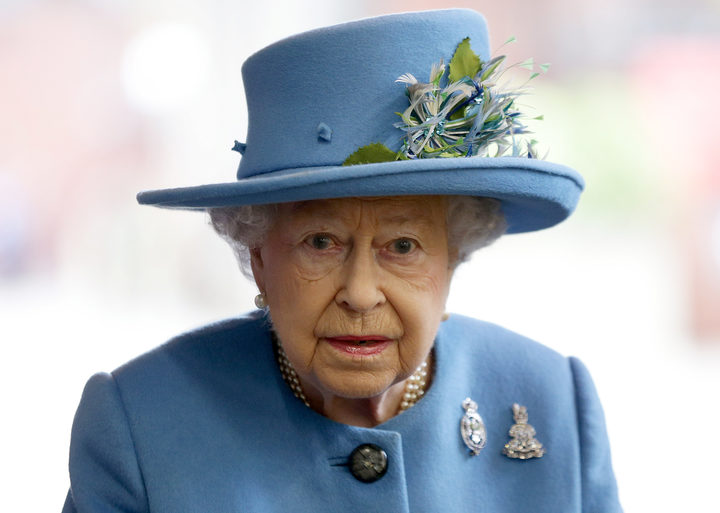 The leaks show about £10m of the Queen's private money was invested offshore. Photo: AFP

As with last year's Panama Papers leak, the documents were obtained by the German newspaper Süddeutsche Zeitung, which called in the International Consortium of Investigative Journalists (ICIJ) to oversee the investigation. The Guardian is among the nearly 100 media partners involved in investigating the documents.

Sunday's revelations form only a small part of a week of disclosures that will expose the tax and financial affairs of some of the hundreds of people and companies named in the data, some with strong UK connections.

Many of the stories focus on how politicians, multinationals, celebrities and high-net-worth individuals use complex structures of trusts, foundations and shell companies to protect their cash from tax officials or hide their dealings behind a veil of secrecy.

The vast majority of the transactions involve no legal wrongdoing.

The Paradise Papers show that about £10m ($NZ24.6m) of the Queen's private money was invested offshore.

It was put into funds in the Cayman Islands and Bermuda by the Duchy of Lancaster, which provides the Queen with an income and handles investments for her £500m private estate.

There is nothing illegal in the investments and no suggestion that the Queen is not paying tax, but questions may be asked about whether the monarch should be investing offshore.

There were small investments in the rent-to-buy retailer BrightHouse, which has been accused of exploiting the poor, and the Threshers chain of off-licences, which later went bust owing £17.5m in tax and costing almost 6,000 people their jobs.

The Duchy said it was not involved in decisions made by funds and there is no suggestion the Queen had any knowledge of the specific investments made on her behalf.

The Duchy has in the past said it gives "ongoing consideration regarding any of its acts or omissions that could adversely impact the reputation" of the Queen, who it says takes "a keen interest" in the estate.

Embarrassment for Ross and Trump?

Wilbur Ross helped stave off bankruptcy for Donald Trump in the 1990s and was later appointed commerce secretary in Mr Trump's administration.

The documents reveal Mr Ross has retained an interest in a shipping company which earns millions of dollars a year transporting oil and gas for a Russian energy firm whose shareholders include Vladimir Putin's son-in-law and two men subject to US sanctions.

It will again raise questions about the Russian connections of Donald Trump's team. His presidency has been dogged by allegations that Russians colluded to try to influence the outcome of last year's US election. He has called the allegations "fake news".

Where does the leak come from?

Most of the data comes from a company called Appleby, a Bermuda-based legal services provider at the top end of the offshore industry, helping clients set up in overseas jurisdictions with low or zero tax rates.

Its documents, and others mainly from corporate registries in Caribbean jurisdictions, were obtained by Süddeutsche Zeitung. It has not revealed the source.

The media partners say the investigation is in the public interest because data leaks from the world of offshore have repeatedly exposed wrongdoing.

In response to the leaks, Appleby said it was "satisfied that there is no evidence of any wrongdoing, either on the part of ourselves or our clients", adding: "We do not tolerate illegal behaviour."

One of the journalists investigating the leaked documents said it would be surprising if New Zealand links were not found.

The records were shared with the International Consortium of Investigative Journalists (ICIJ). Its senior reporter Will Fitzgibbon told Nine to Noon they spent a year looking into the leaked documents.

"We're talking about nearly 14 million documents from one of the world's biggest offshore law firms and a number of other tax haven secrecy jurisdictions and their corporate records."

As well as documents from law firm Appleby, the leak also includes papers from another "19 corporate registries of many tax havens of secretive business registers across the world," he said.

"Malta for example, Vanuatu ... and New Zealand which has a pretty storied reputation in terms of financial secrecy ... and the Cook Islands."

While there was no evidence yet of any links with New Zealand, Mr Fitzgibbon said he'd be "surprised if New Zealand wasn't involved as the rest of the world."

"Something that comes through loud and clear in the Paradise Papers is that the offshore world is heavily implanted in the Anglo-speaking countries: Australia, United Kingdom, Canada, USA and New Zealand," he said.

What exactly is offshore finance?

Essentially it's about a place outside of your own nation's regulations to which companies or individuals can reroute money, assets or profits to take advantage of lower taxes.

These jurisdictions are known as tax havens to the layman, or the more stately offshore financial centres (OFCs) to the industry. They are generally stable, secretive and reliable, often small islands but not exclusively so, and can vary on how rigorously they carry out checks on wrongdoing.

The UK is a big player here, not simply because so many of its overseas territories and Crown dependencies are OFCs, but many of the lawyers, accountants and bankers working in the offshore industry are in the City of London.

It's also about the mega-rich. Brooke Harrington, author of Capital Without Borders: Wealth Managers and the One Percent, says offshore finance is not for the 1% but the .001%. Assets of around US$500,000 (NZ$719,562) would just not meet the offshore fees the schemes would need, she says.

What is the defence of offshore?

The offshore financial centres say that if they did not exist, there would be no constraint on taxes governments might levy. They say they do not sit on hoards of cash, but act as agents that help pump money around the globe.

Bob Richards, who was Bermuda's finance minister when Panorama interviewed him for its programme, said it was not up to him to collect other nations' taxes and that they should sort themselves out.

Both he and Howard Quayle, the chief minister for the Isle of Man, who was also interviewed for Panorama and whose Crown dependency plays a big part in the leaks, denied their jurisdictions could even be considered tax havens as they were well regulated and fully conformed to international financial reporting rules.

Appleby itself has in the past said OFCs "protect people victimised by crime, corruption, or persecution by shielding them from venal governments".