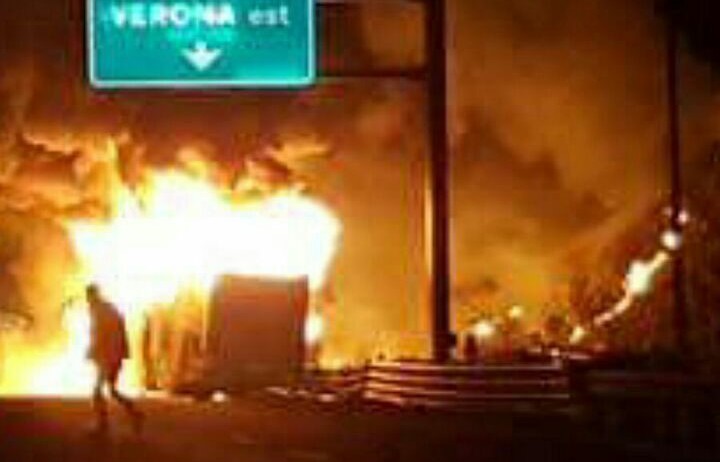 The bus that was carrying Hungarian students home to Budapest from a school trip from France caught fire after an accident on 'Verona Est' highway. Photo: AFP

Emergency officials said the bus, carrying pupils from Hungary, hit a pylon as it left the A4 motorway near Verona.

The bus was returning to Budapest from France, where the pupils had been on a mountain holiday.

Italian news agency Ansa said a number of the pupils, who were mainly boys aged between 14 and 18, were thrown out of the vehicle when it collided with the pylon. 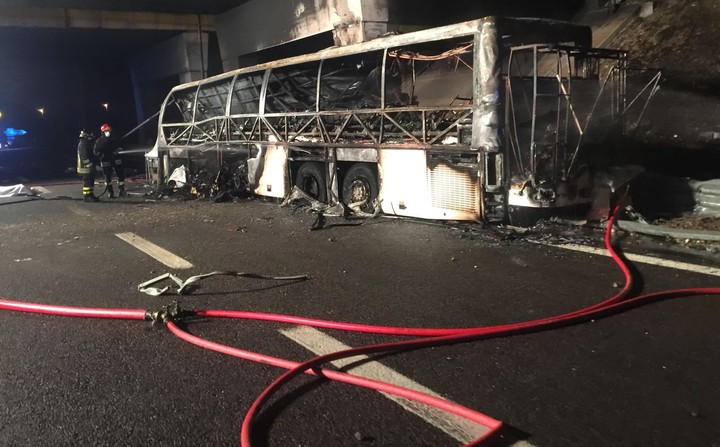 It was not known why the bus left the road. Photo: AFP

Others were trapped inside the bus when it caught fire, Ansa reported. Ten of those in hospital are seriously hurt, it said.

Ansa quoted Judit Timaffy, Hungary's consul-general in Milan, as saying a number of the pupils were saved by a sports teacher, who returned to the middle of the fire to drag them out. The teacher suffered burns as a result, she said.

The death toll is not expected to increase, the fire service added.