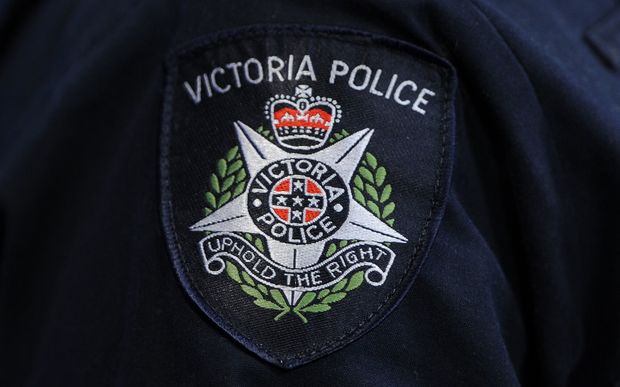 They arrested five people at the rallies, where hundreds of officers formed a line between the two groups to keep them separated.

A group of officers in riot gear pounced on two protesters, pinning them to the ground and tying their hands with zip ties before leading them away.

Another man was handcuffed while being held against a shop window.

Police said two people were arrested for riotous behaviour, one for assaulting police and one for hindering police. Another was arrested for robbery.

Mounted police also patrolled the crowd in the multicultural suburb of Coburg.

But they failed to keep some protesters apart, and officers used capsicum foam as scuffles broke out.

They hurled abuse at each other, with anti-racism protesters chanting "Nazi scum, off our streets".

Members of the United Patriots Front, which held a counter-rally in response to the planned anti-racism march, held a sign that read "No refugees. Our home, our future".

The leader of the United Patriots Front, Blair Cottrell, said the rally was an "initial success" but then "the police happened".

"They prevented us from doing what we wanted to do, which was to move up that street to counter the opposition," he said.

He said he wanted to counter the opposing group "in the same way that they do, with force and terror".

A third group of people, who appeared to be those taking part in the original rally organised by local community groups on social media, walked in unison as they chanted "Say it loud, say it clear, Muslims always welcome here".

Those behind that march had earlier said they had the right to peacefully protest and were committed to organising a safe rally.