A Chinese journalist who has reportedly been investigated over an online petition calling for the resignation of President Xi Jinping has been released. 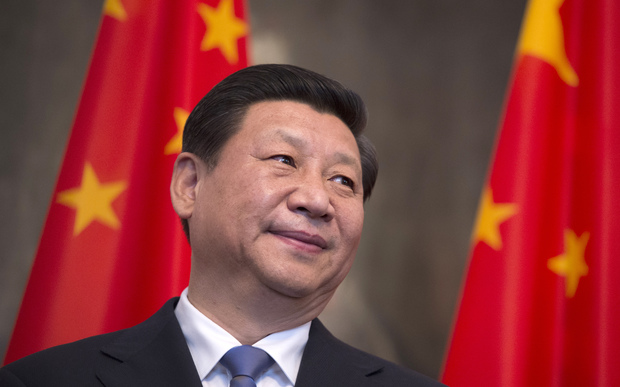 A lawyer for Jia Jia, who was taken away by police earlier this month, said the columnist had been freed, had met his wife and could return home anytime.

Mr Jia is said to have been detained as part of a high-profile inquiry into a letter urging Mr Xi to quit.

The letter appeared briefly on a website linked to China's government.

Signed by "Loyal Communist Party Members" and dated March 2016, it criticised Mr Xi for various political, economic and diplomatic decisions, as well as for creating a "personality cult".

"We don't think Comrade Xi Jinping has the ability to lead the party and the country into the future," it said.

Mr Jia's family deny he has anything to do with it.

The website was set up last year to promote China's economic plan to develop trade routes through central Asia.

Watching's president Li Wanhui, two editors including Mr Ouyang and two site technicians have reportedly been out of contact for days and are believed to be under investigation.

Nine technicians working for a technology firm that provides support to the site are also reported to be missing.

Meanwhile Wen Yunchao, a prominent overseas Chinese activist, said the Chinese authorities in his home county in southern China had detained his parents and a younger brother, apparently in a bid to get him to admit a connection to the letter.

China has seen a recent spate of censorship incidents amid a crackdown on dissidents, journalists and lawyers.

But, the correspondent said, it showed that even as President Xi tightened control, opposition voices were finding a way to be heard.

The letter was first posted on overseas website Canyu and appeared to be republished on Watching on 5 March, before it was taken down. Canyu's version is still online.