Former British Prime Minister Margaret Thatcher feared teenagers would be "harmed" by an Aids awareness campaign which detailed how the disease spread, but was overruled. 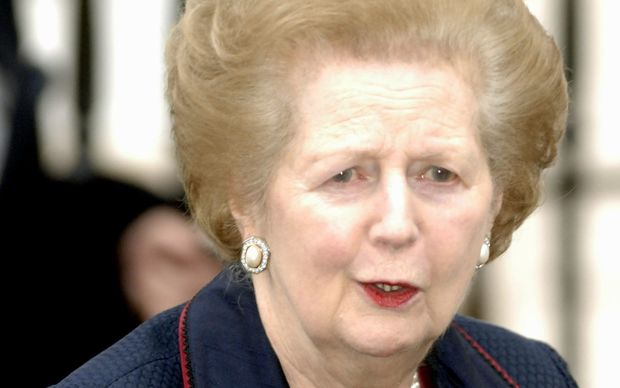 Cabinet papers from 1986, released by the National Archives, reveal Mrs Thatcher repeatedly queried the wording of advertisements and leaflets.

One document shows she was warned of the health hazard facing Britain.

Mrs Thatcher responded by questioning the need for a section on "risky sex".

"I should have thought it could do immense harm if young teenagers were to read it," she wrote at the top of a February 1986 memo from David Willetts, then a member of the Number 10 Policy Unit.

In it, Mr Willetts - who later served as a minister under David Cameron - said health secretary Norman Fowler was proposing to place "explicit and distasteful advertisements about Aids in all the Sunday papers".

Mr Willetts, who had already warned Aids "was one of the most serious public health hazards facing this country for many decades", told her the problem was now so serious the government had to do what Mr Fowler was proposing.

At this time, an estimated 7500 people had been diagnosed with HIV in Britain after the new disease had crossed the Atlantic. However, there was massive ignorance about how it spread and there were an unknown number of people who had the disease but did not know.

As part of the Aids public awareness campaign a leaflet was sent to every household in the country, there was a week of educational programming and the now-iconic television advertisements, voiced by actor John Hurt, appeared on British screens.