At least 23 people have died in a suspicious fire at a mental health clinic in western Russia. 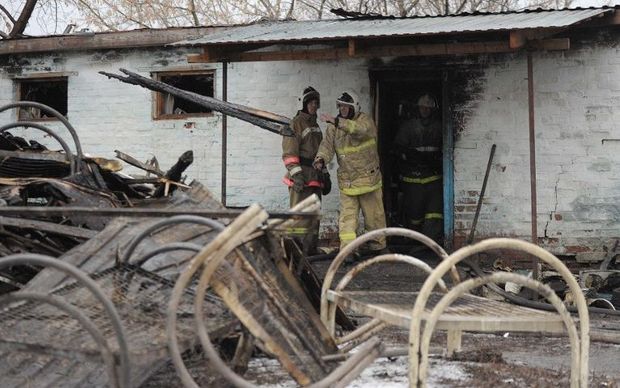 Firefighters work among the debris of the psychiatric hospital destroyed by the fire Photo: AFP

More than 20 people are also being treated in hospital.

The building was completely destroyed by the Saturday night fire, which swept through the psychiatric clinic in the village of Alfyorovka in the Voronezh region, south of Moscow

Russia's Emergencies Ministry said it had taken more than 270 people and 50 vehicles to deal with the blaze and police investigators said the bodies of 23 people had been recovered after the fire had been put out.

Another 23 people were taken to various medical facilities in the area, police said.

The police said they had begun an investigation into possible negligence and experts from Moscow would be brought in to help out.

"Investigators will look into every possible version of how the fire started and led to such tragic consequences," Russia's Investigative Committee said in a statement, saying it considered the incident a crime.

They said they did not know what had started the fire, which broke out late on Saturday at the clinic in the village of Alferovka, around 300 miles (482.8 km) south of Moscow.

Seventy patients, some of them bed-bound or disabled, and four staff were in part of the building hit by the blaze. State TV showed pictures of fire fighters using hoses to pour water on what was left of the roof of a red brick building.

Lax fire safety standards and staff negligence have often been blamed for such episodes. In 2013, a fire killed 37 people in a psychiatric hospital in a provincial village north of Moscow, the second deadly blaze at such a facility that year alone.