Pope Francis' meeting last week with an American woman at the centre of a row over gay marriage was not something he had sought and should not be seen as an endorsement of her views, the Vatican says. 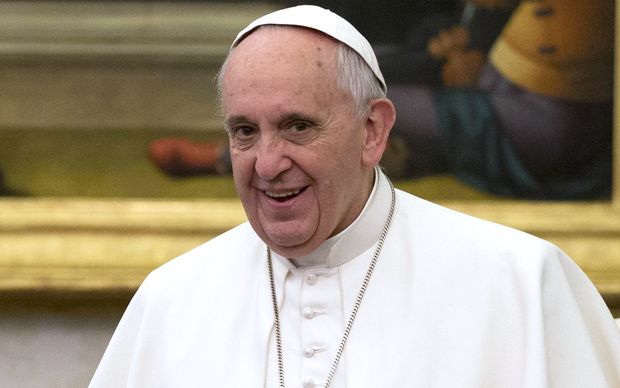 One Vatican official said there was "a sense of regret" that the pope had ever seen Kim Davis, a Kentucky county clerk who went to jail in September for refusing to honor a US Supreme Court ruling and issue same-sex marriage licenses.

The encounter in Washington was originally kept secret and has sparked widespread debate since it became public this week, proving something of a misstep for the pontiff.

Looking to smother the fierce controversy, Vatican spokesman Federico Lombardi said Davis was one of "several dozen" people who had been invited by the Vatican ambassador to see Francis during his visit to the US capital.

"The Pope did not enter into the details of the situation of Mrs Davis and his meeting with her should not be considered a form of support of her position in all of its particular and complex aspects," Mr Lombardi said in a statement.

"The only real audience granted by the Pope at the Nunciature (Vatican embassy) was with one of his former students and his family," the statement said. 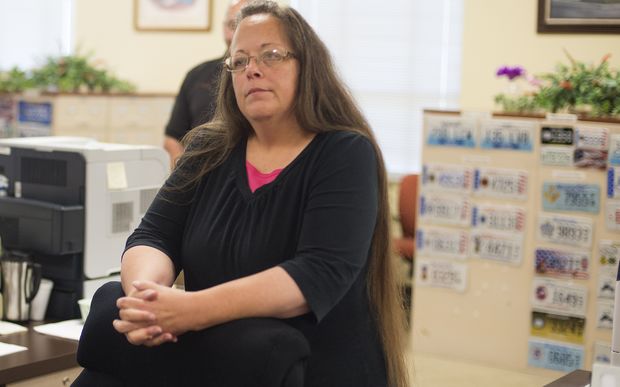 The meeting with Mrs Davis disappointed many liberal Catholics but delighted conservatives, who saw it as a sign that the pope was clearly condemning a ruling by the US Supreme Court to legalise same-sex marriage.

Mrs Davis said on Wednesday that the pope had thanked her for her courage and told her to "stay strong", adding that knowing that he agreed with what she was doing "kind of validates everything".

While Mr Lombardi declined to take questions on the incident, his assistant, Canadian priest Father Tom Rosica, laid the blame on the Vatican embassy in Washington, saying it had underestimated the impact of Mrs Davis's presence at the reception.

"I'm not sure that they (the embassy) realised how significant it would be," he told reporters.

Mr Rosica said he did not believe the pope was even indirectly involved in inviting Mrs Davis, adding that the greeting was very brief and that she and her husband were among the many guests at the Washington embassy before the pope left for New York.

Mr Rosica said he did not know if there had been a private meeting. Mrs Davis' lawyer, Mat Staver, said the couple were not in a line, that the meeting was private and seen only by Vatican personnel and security.

"Had Kim Davis been in a line of people or been seen by anyone outside of Vatican personnel, we would not have been able to keep her visit secret," he said in a statement. 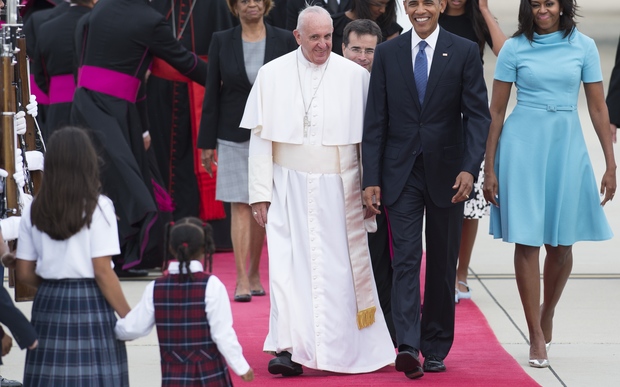 Pope Francis walks alongside US President Barack Obama and First Lady Michelle Obama upon arrival in the US. Photo: AFP

Mr Rosica said the pope was most likely not fully aware of how controversial a figure Mrs Davis had become.

"I would simply say her case is a very complex case. It has all kinds of intricacies. Was there an opportunity to brief the pope on this beforehand? I don't think so. Was an in depth process done? No, probably not."

Asked if the pope had been set up intentionally by someone in the embassy, Mr Rosica said: "No, reading all of the information, listening to all of the facts, these things happen."

He said he also doubted that Mrs Davis and her husband spent 15 minutes with the pope, as her lawyer had reported, saying "there simply was not enough time".

Mrs Davis has said her beliefs as an Apostolic Christian prevented her from issuing marriage licenses to same-sex couples. Her church belongs to a Protestant movement known as Apostolic Pentecostalism.

Mr Rosica said he hoped the Davis incident and its aftermath would not distract from the significance of the pope's US trip.

"The visit was extraordinary ... so to allow this to kind of overshadow it would be very unfortunate. This is not the centrepiece of the papal visit. This is one small part of it, but it is a loaded centerpiece."