Steve Williams has joined a planned class-action lawsuit against the PGA Tour over its treatment of caddies. 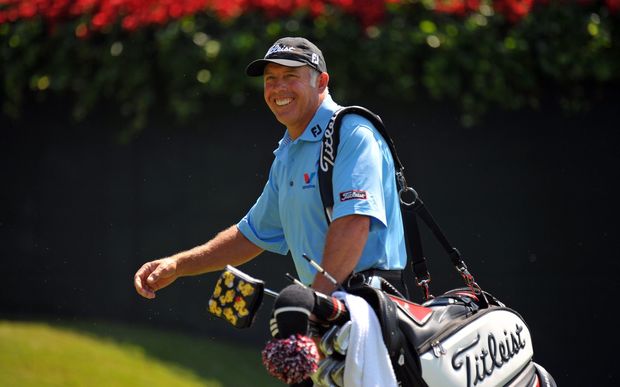 "I don't think the Tour has treated the caddies in a correct manner for a long time," Williams told GolfChannel.com from his home in New Zealand.

"I think this is a good starting point to get the Tour and the caddies in a better stead."

More than 80 caddies originally filed the lawsuit, which claims they are forced to wear logo-covered bibs without receiving any proceeds from contracts their lawyers estimate are valued at $US50 million a year.

Gene Egdorf, the Houston-based attorney leading the lawsuit for the caddies, told GolfChannel.com he planned to resubmit the original complaint within 10 days with an estimated 70 more plaintiffs, including Williams.

Williams said he was fined numerous times by the Tour, including on at least seven occasions one season, for taking his caddie bib off while he was on the 18th green of a tournament, each fine costing him $US500.

The Association of Professional Tour Caddies tried to negotiate with the Tour over working conditions and to secure funding for health care benefits and a retirement programme, but those talks broke down earlier this season, leading to last month's lawsuit.