US NBC anchor Brian Williams has said he is temporarily taking himself off air, days after apologising for wrongly saying he came under fire in Iraq. 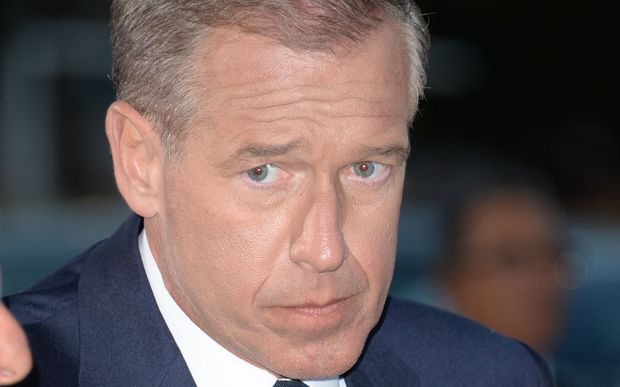 Williams said it had become "painfully apparent" that he was too much a part of the news.

He repeatedly told a story about being shot down in a helicopter in Iraq but veterans disputed his account.

Williams, the most-watched network anchor in the US, blamed the "fog of memory" for the lapse.

In a statement, he said he would not be presenting his nightly show for several days while the network investigated his claims.

"Upon my return, I will continue my career-long effort to be worthy of the trust of those who place their trust in us," he added.

On Wednesday, Williams made an apology on air over the Iraq story.

"I made a mistake in recalling the events of 12 years ago," he said. "I want to apologise. I said I was travelling in an aircraft that was hit by RPG [rocket-propelled grenade] fire. I was instead in a following aircraft."

His apology came after veterans who were on the helicopter that was hit challenged his version of events.

One of them, Flight engineer Lance Reynolds, wrote: "Sorry dude, I don't remember you being on my aircraft. I do remember you walking up about an hour after we had landed to ask me what had happened."

Some critics were not satisfied by Wiliiams's apology, calling for his resignation.

Questions have also been raised about his coverage of Hurricane Katrina in 2005, with one health official challenging a claim he contracted dysentery reporting on the event.