Lawyers for the Australian government have told a High Court hearing that 72 hours' notice will be given before 153 asylum seekers being held on a Customs ship are handed back to Sri Lankan authorities.

Lawyers acting for about one third of the asylum seekers, whose whereabouts the government refuses to disclose, are seeking to challenge the legality of the Commonwealth's actions. 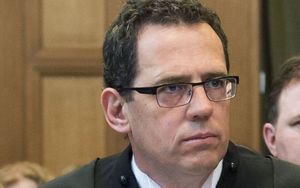 The hearing in Melbourne on Tuesday was given the first official confirmation that the asylum seekers - including children as young as 2 - have been intercepted and are being held on a Customs vessel, the ABC reports.

Twenty-one of the asylum seekers are minors, aged between 2 and 16 years of age. The majority of the group as a whole are males.

Ron Merkel QC, who is acting for the asylum seekers, told the court the boat was intercepted in Australian waters and that there was evidence it was in "trouble" at the time.

However, Solicitor-General Justin Gleeson said the boat was found in Australia's contiguous zone - not the migration zone - and argued that the passengers had no right to claim asylum in Australia.

Mr Gleeson said the 72 hours' notice would be given to the asylum seekers' lawyers if a decision was made to hand them over. He said the commitment to provide notice was "given without any admissions on any matter of fact or law".

Mr Merkel said the issue was not whether the government had power to take the 153 people on board an Australian vessel, but whether they could be forcibly returned to Sri Lanka.

The court has yet to decide if the lawyers have a case to be heard, but if the application is accepted it could prevent the asylum seekers being handed over to Sri Lankan authorities.

However, Sri Lanka's high commissioner to Australia, Admiral Thisara Samarasinghe, said his country has no plans to accept the group, who are believed to have set sail from a port in India.

The hearing has been adjourned until Friday morning, when the government's lawyers are expected to provide documents including details of the asylum seekers' names. The case is expected to be back before the High Court within 21 days for a directions hearing, which will decide if the case should proceed to a hearing before the full bench.

Justice Crennan has given lawyers of the asylum seekers seven days to file a statement of claim, after which the government has seven days to respond.

While the court proceedings continue, it is not known what will happen to the asylum seekers on board the boat. 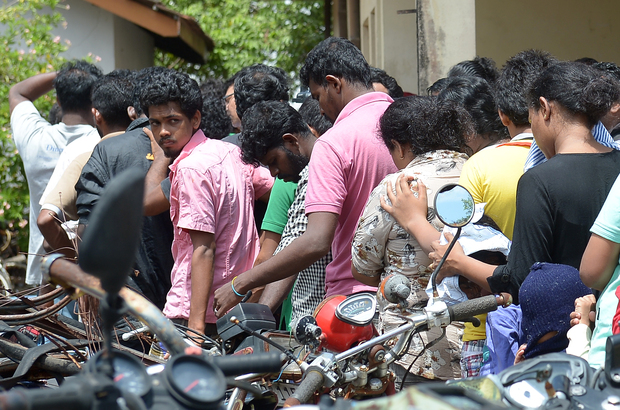 Asylum seekers sent back by Australia queue to enter the magistrate's court in Galle. Photo: AFP

Bail granted for some Sri Lankans

A Sri Lankan court has granted bail to 27 of 41 migrants returned to the country by Australia after a controversial mid-sea transfer on Sunday.

As anxious relatives waited on Tuesday in the southern city of Galle, a magistrate remanded five others in the group for another two weeks in custody and discharged nine children, AFP reports.