Ukrainian President Petro Poroshenko has extended a week-long ceasefire with pro-Russian separatists in the east for another three days.

He said he was hoping for progress on his peace plan.

Some rebel leaders in the Donetsk and Luhansk regions said they would observe the truce, but others rejected it.

Mr Poroshenko's announcement came hours after he had signed a landmark European Union trade pact - the issue that has been the trigger of the recent crisis.

He said it was a "historic" moment, but Russia warned of "consequences" and that Ukraine would split in two. 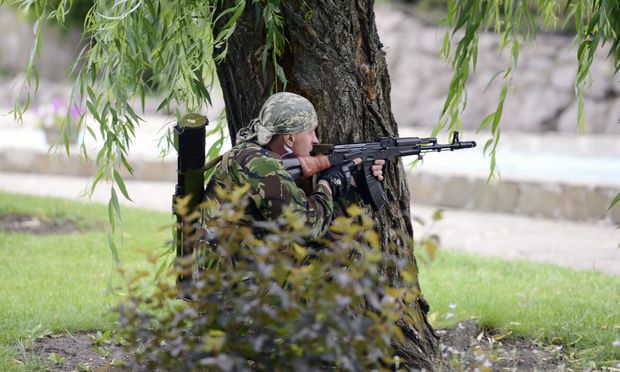 The deadline for the ceasefire to expire was Friday at 22:00 local time.

Separatists in the east held talks on Friday with mediators, including Ukraine's former President Leonid Kuchma, Moscow's ambassador in Ukraine and the Organization for Security and Co-operation in Europe (OSCE).

The leader of the self-declared "Donetsk People's Republic" in the east, Aleksander Boroday, said the new truce would be observed until 30 June.

However, two other senior rebels in the Donetsk region, Pavlo Gubarev and Igor Girkin, were quoted by local media as saying they rejected the truce.