Prosecutors in Germany are opening an investigation into the alleged bugging of chancellor Angela Merkel's mobile phone by the US National Security Agency. 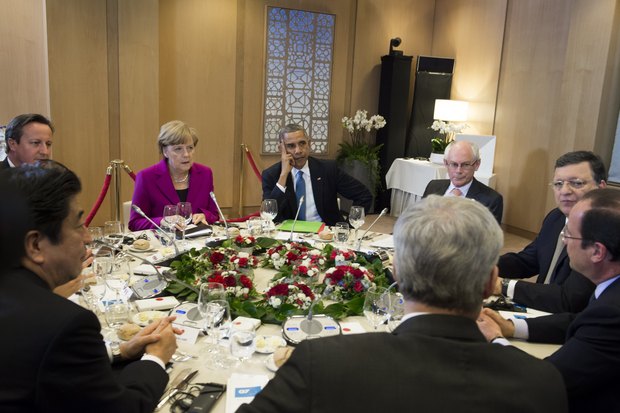 Angela Merkel and US President Barack Obama during a G7 leaders dinner in Brussels. Photo: AFP

The allegations were made public by former American intelligence contractor Edward Snowden.

"There is a suspicion that unknown officers of the US intelligence agencies spied on a mobile phone of the German Chancellor, federal prosecutor Harald Range said.

"I have therefore opened preliminary proceedings based on an initial suspicion of activity as a foreign agent."

At the same time, he said he had decided against opening an investigation into claims of wider NSA surveillance of German citizens.

Some German lawmakers have called for Mr Snowden to be invited to Berlin to testify in parliamentary inquiry into NSA surveillance. However, the government has opposed this, fearing it would damage bilateral ties.

The German leader and US President Barack Obama met in Brussels at a G7 summit on Wednesday.

Mr Obama said he had directed US intelligence agencies to weigh the privacy interests of non-Americans as well as US citizens and residents "in everything that they do".