The storm generated winds of up to 130 km/h and knocked out power supplies to tens of thousands of homes, plunging large areas into darkness. 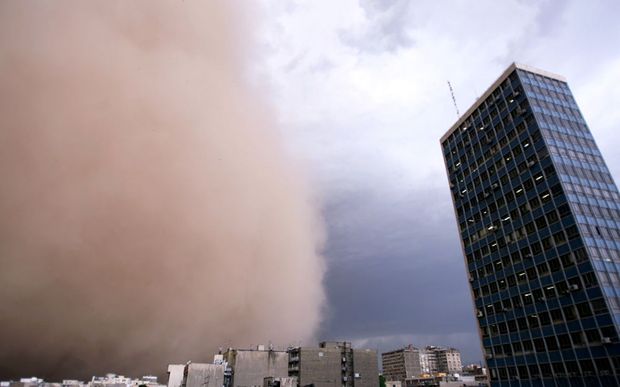 About 30 people were hurt, some of them hit by falling objects carried by strong winds.

The storm caused power cuts and traffic accidents from poor visibility as dust and sand engulfed parts of the capital. Some domestic flights to central Iran were diverted.

Eyewitnesses told the BBC the sky turned orange from thick dust brought on by the storm. 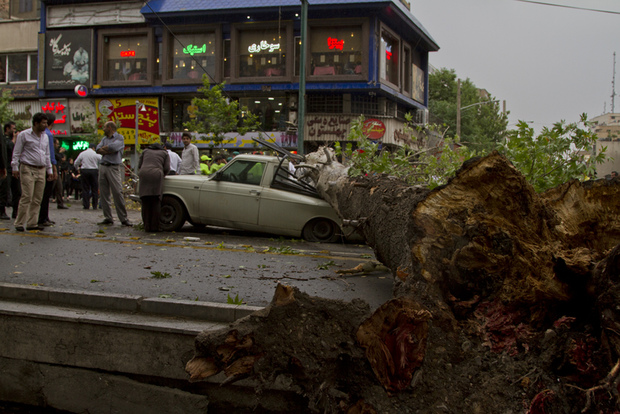 The sandstorm and strong wind knocked over trees. Photo: AFP 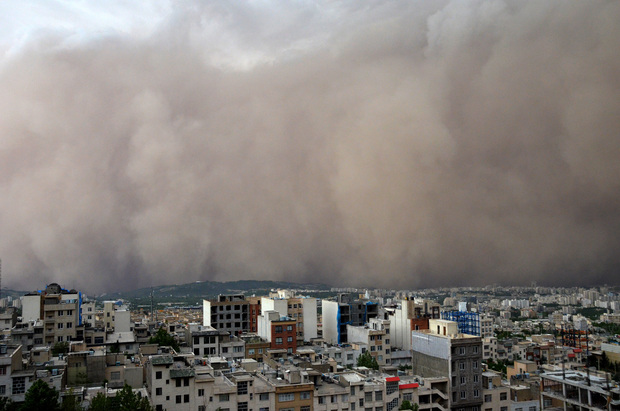