The United States government has fined General Motors $US35 million over delays in dealing with a safety issue. 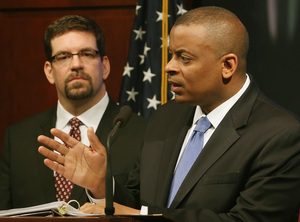 The fine relates to a fault with ignition switches on some GM models which cut off the power steering and brakes and disabled the car's airbags.

The firm has recalled 2.6 million cars with the defective switch, which has been linked to 13 deaths.

"They had that information and they told no-one. They didn't tell their customers."

The fine is the maximum allowed by US law. The National Highway Traffic Safety Administration Board (NHTSA) said it was the single highest civil penalty ever levied as a result of a recall investigation.