At least 22 migrants have drowned in the Aegean Sea after a yacht and a dinghy carrying them towards Greece, capsized. Another seven are missing. 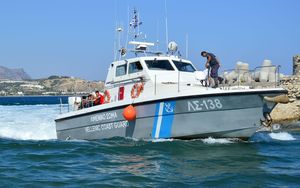 Some 65 people were attempting to make the crossing from neighbouring Turkey when their vessels went down near the Greek island of Samos. So far 36 survivors have been picked up.

Three boys and a girl were among those who perished in addition to 12 women and six men.

The two vessels foundered about four nautical miles off the Greek island of Samos, close to the Turkish coast, on Monday.

The nationality of the migrants is not yet known and the circumstances of the incident are unclear.

Coastguard vessels, fishing boats, two helicopters and a cruise liner have been helping the search.

Greece is one of the main ports of entry into the European Union for people fleeing war-torn and impoverished countries in Africa, the Middle East and the Indian subcontinent.