Photographer Charlotte Curd learns there are questionable ethics behind the scenes of villages that are billed as tourist attractions. 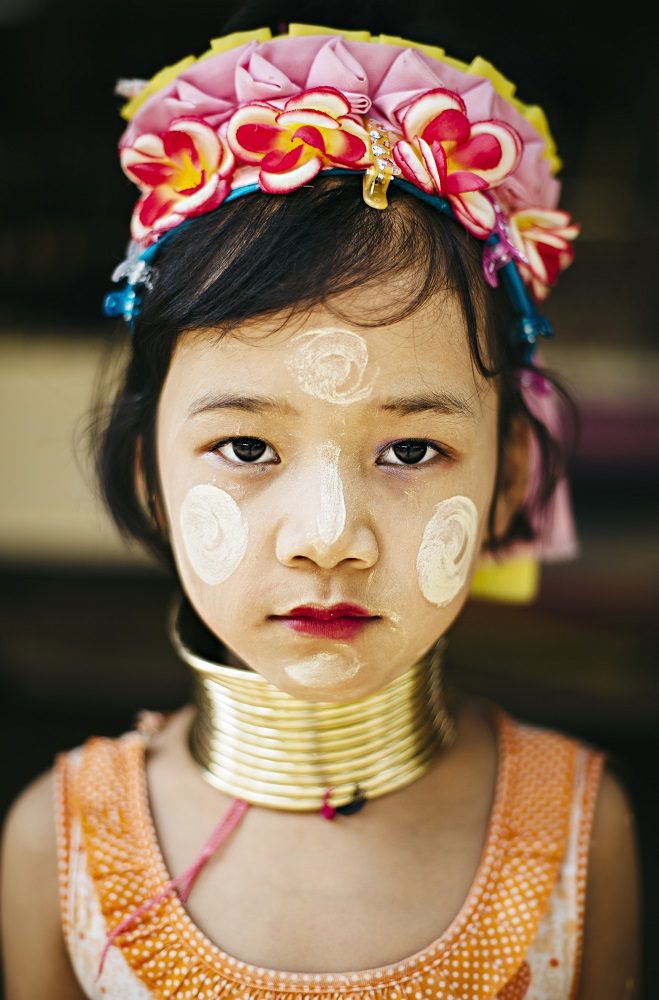 Close to the border of Thailand and Burma (Myanmar), tourists traipse through a quaint village, along dirt roads, lined with wooden huts. Thousands of them, each year, pay a fee - somewhere around $20 - to the Thai owners of the land on which the village sits.

But its occupants, the Kayan people, famous for the brass coils which appear to elongate the women and girls’ necks and legs, see little of this money. They smile politely as they hand weave silk scarves or play the guitar and sing.

The tourists snap photographs of each other sticking their heads through a board painted with likenesses of the “long neck” women. On travel websites, blogs and Instagram, you’ll find blurry pictures of travellers wearing loose neck rings posing with Kayan people, using crude captions like “giraffe women”.

The Kayan people are refugees from Burma. Some have described the tourist villages that many of them live in as “human zoos.”

Curd said the money paid to tour operators to enter the village went to the Thai landowners, rather than the Kayan occupants.

Women with rings are paid a salary of about $60 a month, though in the down season when there are no tourists, they are sometimes paid nothing.

“I felt like they didn’t have a choice about being there and being looked at and photographed,” Curd said of the women and children.

She left the village with an intense feeling of sadness, questioning whether she should have paid to go there in the first place. 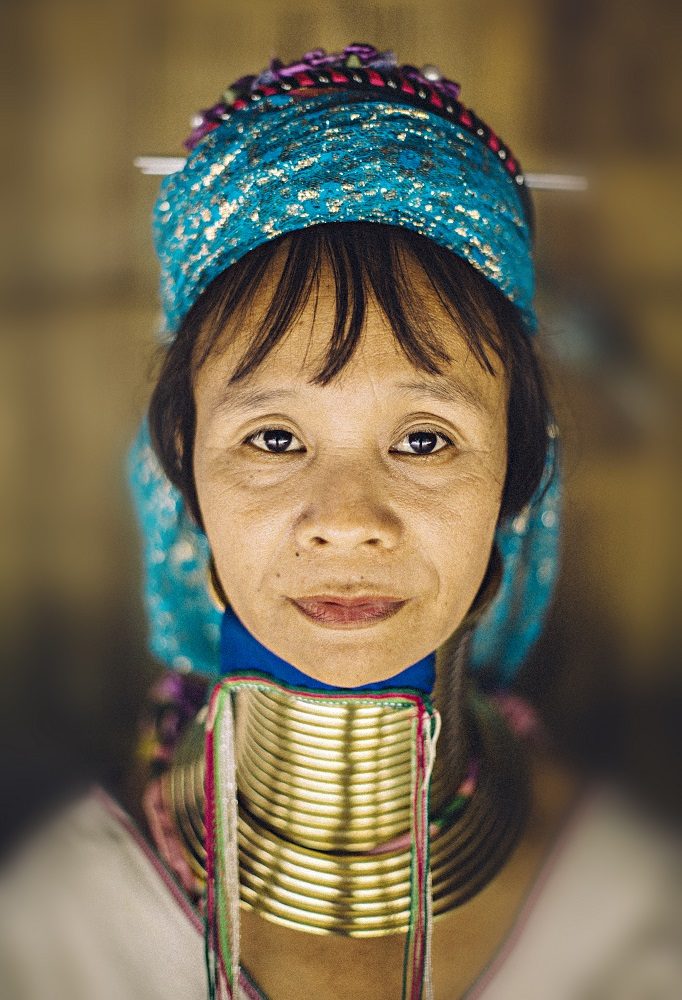 Kayan woman Mu Lo, known by her nickname Zember, now lives in Nelson with her family.

But her fight to get to New Zealand took her almost four years.

As a four-year-old, she fled violence in Burma and arrived in Nai Soi in 1989. Thai authorities at the refugee camp separated Zember and about 50 other Kayan families, from the other refugees and settled them in section six - the Huay Pu Keng tourist village.

In 2008, Zember described village life on the Huay Pu Keng website: “We have no electricity, proper sanitation or telephones. Our houses are made of wood and leaves… We cannot improve our lives because we do not have money and we are refugees so we cannot own land or work. Also the tourists think we are primitive people; the guides say they don’t want to see good roads, or clean villages or anything modern, so we have to live like this to please the tourists.”

Zember said she felt “owned” by the landowners who brought tourists through the village: “I am fed up of smiling for the tourists. They say some bad things about us because they don’t know I can understand them and they laugh at our culture and ask the same questions all the time. It is very boring.”

But by 2007, Thai authorities had allegedly blocked her attempt to leave, saying that because she lived in the tourist village, outside the official refugee camp, she did not have the right to apply.

In protest, Zember removed the heavy brass coils from her neck and legs.

“I love my culture, but it is our tradition which has made me a prisoner... We are sorry to throw away our culture but we are forced to do this because of our situation.”

After an intervention by the New Zealand embassy in Bangkok, Zember and her family were able to settle in Nelson, where they remain today. 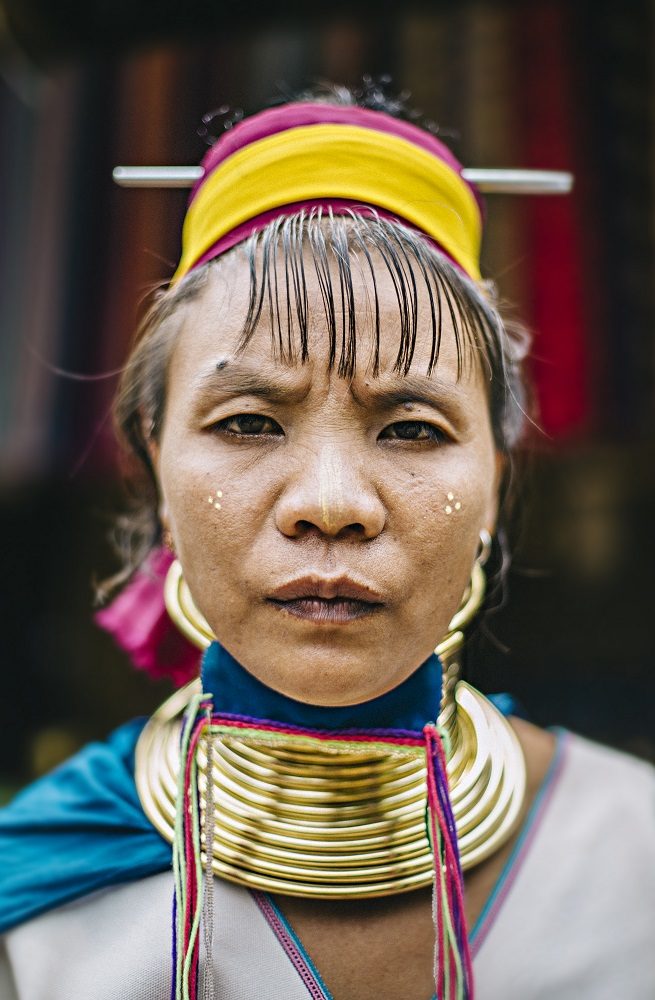 Naw Blay* is a 27-year-old woman living in Auckland. She was born in a refugee camp on the Thai-Burma border. Now she works in event management.

Blay explains there many different ethnicities of people from Burma, including her own Karen people, and the Kayan group.

Blay says a lot of Karen people have been able to resettle overseas as refugees - and she and her family arrived in New Zealand about 16 years ago.

“But in the past it has been very difficult for the Kayan to be able to get out of Thailand. They are a tourism attraction.

“This is something that’s under the radar. Hardly anyone knows what’s happening behind the scenes,” Blay says.

A HISTORY OF EXPLOITATION

In the 1930s, Kayan women were taken to the west, and toured as star attractions, “giraffe women,” in circuses and sideshows.

In 1995, a report warned women were being sent to Burma’s capital, Rangoon, to be exhibited.

In 1998, Associated Press journalist Denis Gray reported 31 allegedly abducted Kayan women were found on display in a village in Thailand.

A tape leaked from the village contained pleas from Kayan men and women: “Please come now. Things cannot be any worse,” one voice said. 'We would rather die than live here,” said another. They go on: “We are beaten when they see us writing or trying to talk to tourists secretly,” “They won't let us leave. They guard us with guns,” “We don't want to see these people visiting and smiling and laughing at us. We want to be with our own people,” “They won't let our children go to school. We cannot eat the food they give us. They shout and scream if we do not make foreigners happy.”

In 2008, the BBC reported the United Nations refugee agency (UNHCR)’s call for tourists to stop visiting the villages, in response to Thai authorities’ refusal to allow Zember and other refugees to leave.

But for many people living in the villages, tourism is their only form of income. According to the Huay Pukeng website, the best thing that tourists can do if they go to a village is treat the place and people with respect: “Within the village, visitors should remember that they are guests. It is a village, not a theme park and as such you should not leave litter or walk into people’s houses without invitation.

“Impromptu grabbing or touching any of the villagers is as rude as it is anywhere else.”

Zember says some of the older people are content with life in the villages: “They feel safer than they were in Burma and they are happy to spend their life in one place and they do not want any other opportunities.” 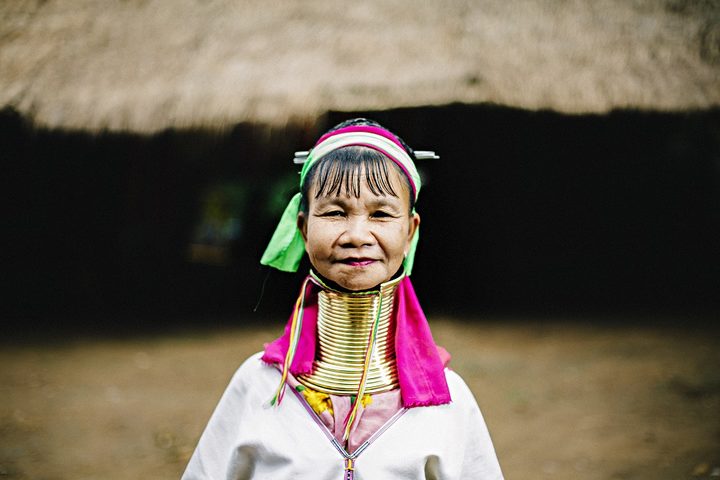 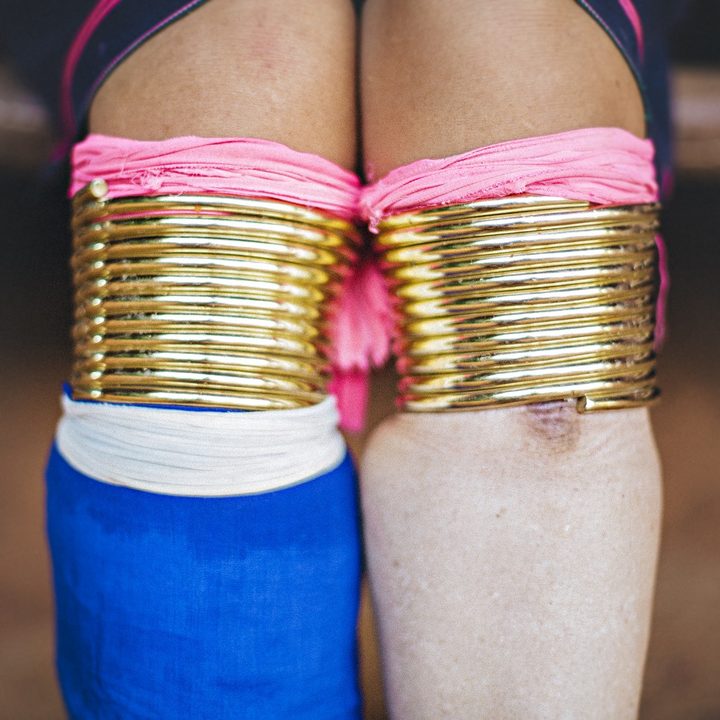 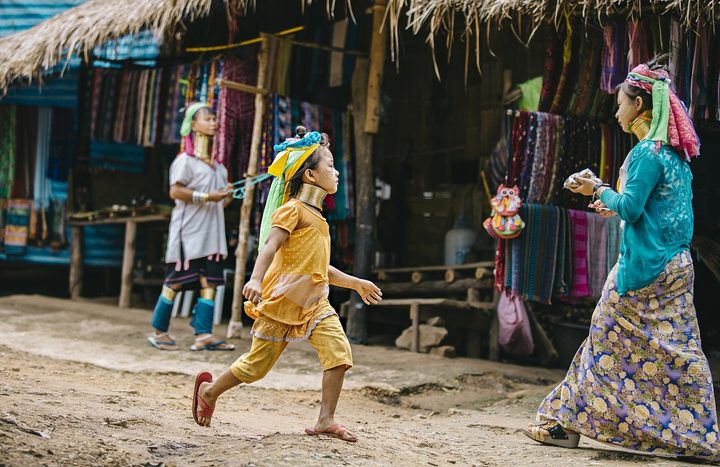 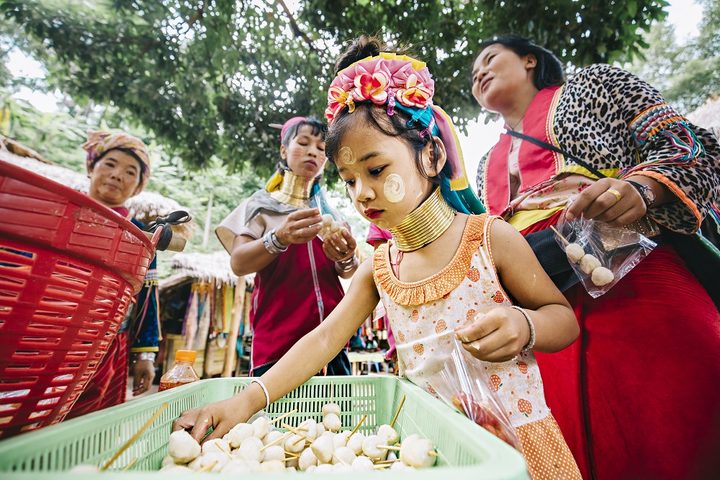 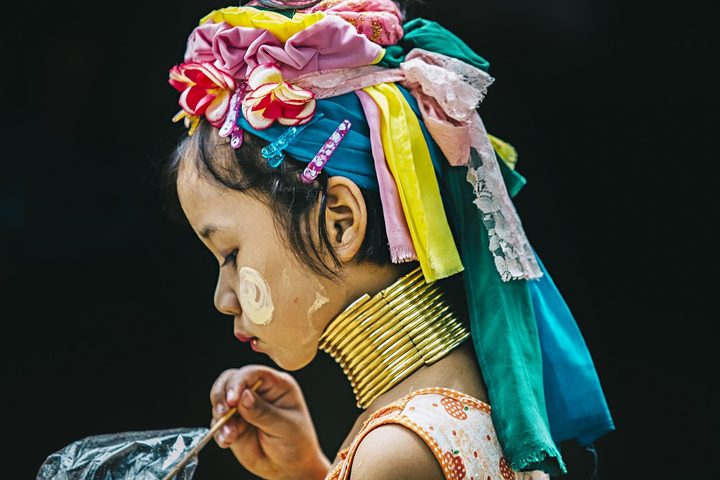 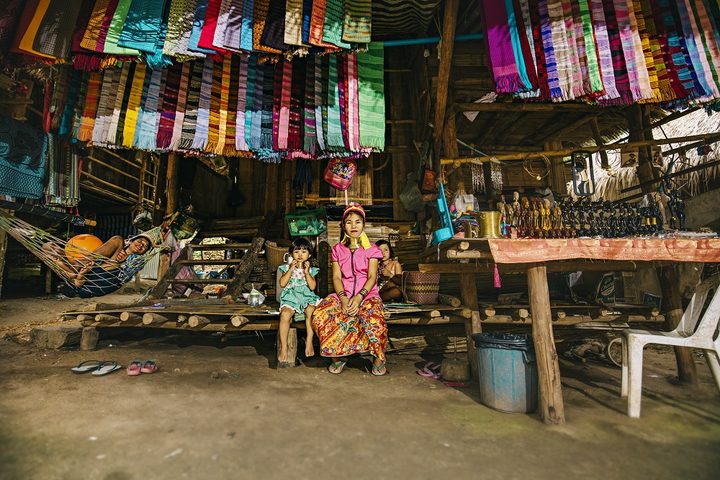 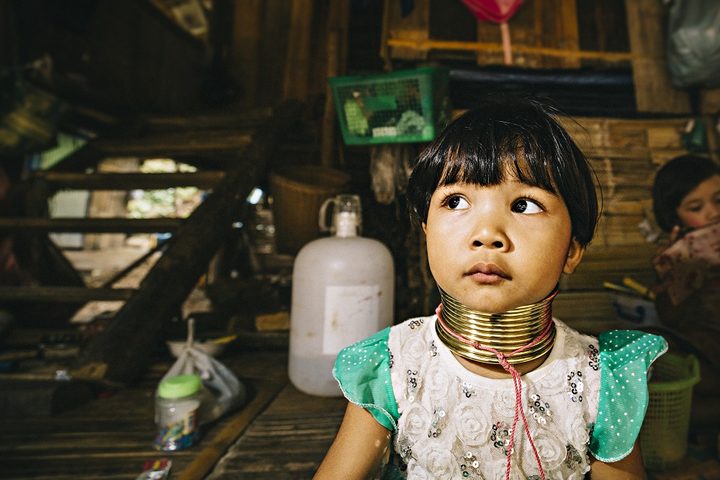 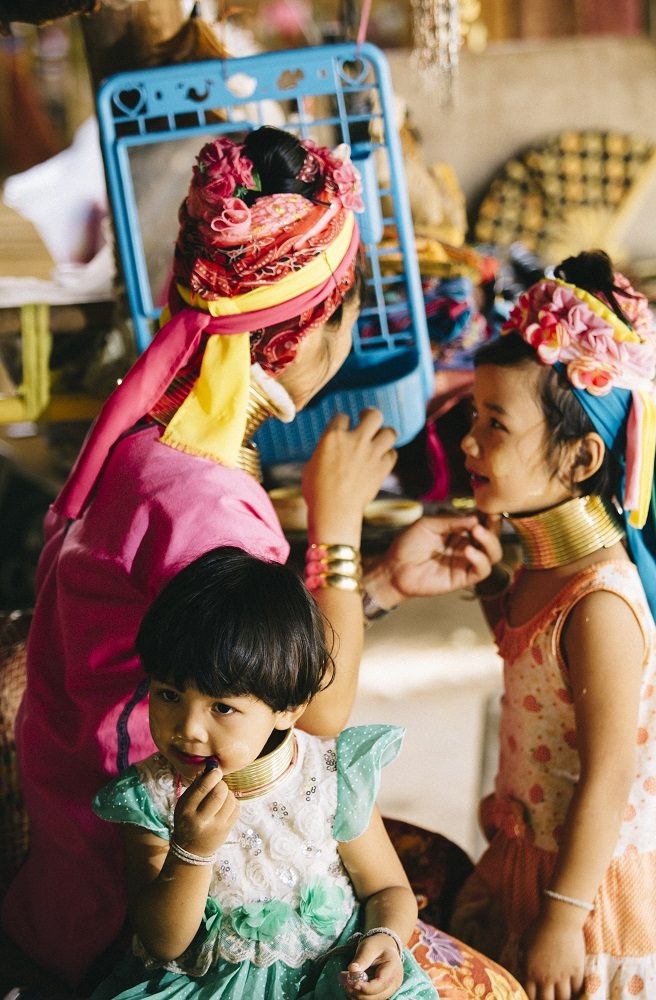 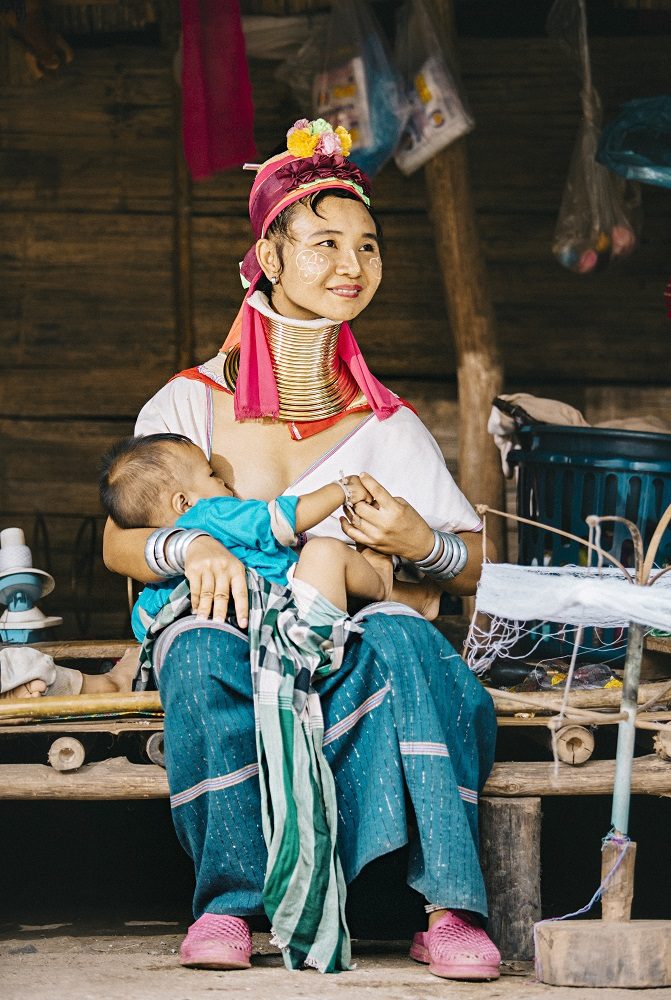