Illustrator Cory Mathis on the obsession he never outgrew. 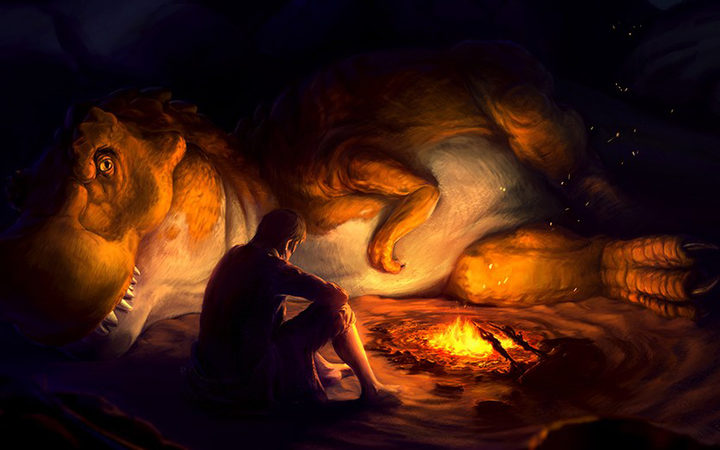 Every two years illustrators, designers, animators and other creatives get together in Auckland for indie arts festival Chromacon. It’s a celebration of imagination run wild.

But long-time Chromacon exhibitor and former NZ Young Cartoonist Award winner Cory Mathis keeps going back to bygone time. For the past decade, he has been working on a project called Saurian Era, a fantasy world where humans and humongous reptiles collide.

Cory tells us about how drawing dinosaurs helped forge an unlikely career path.

What sort of work have you made for this year’s Chromacon?

Over the last 10 years, I've been chipping away at my own idea for a comic/animation called Saurian Era, and whenever something like Chromacon comes on, I view it as a chance to motivate myself to put out some new pieces. 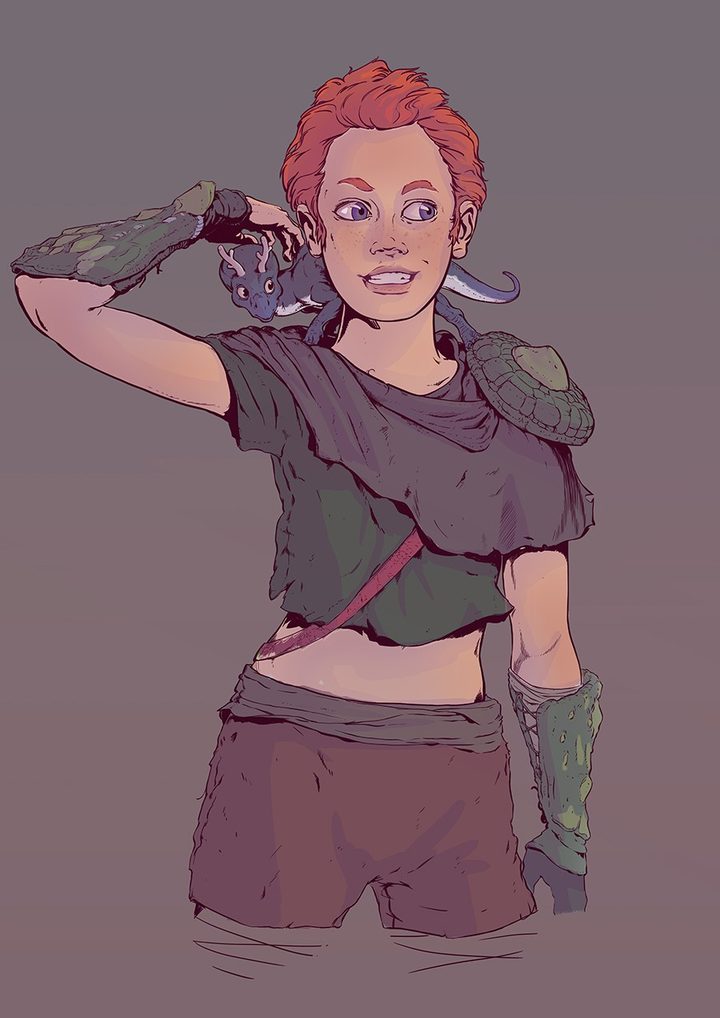 Saurian Era is basically just a fantasy world with dinosaurs where I can indulge in all kinds of ridiculous things. It’s a fun place to set up situations and characters and challenge myself with a bit of writing and drawing. It's been a slow burning project and I honestly don't know where the darn thing might go eventually, but I imagine I'll just keep chipping away at it.

Why dinosaurs? Why comics?

Like every kid, I was completely obsessed with dinosaurs, and I just didn't grow out of it! Now they're so mixed up in my identity. When it comes to comics, I reached that conclusion because I originally studied classical animation — that's the old-school Disney, paper flipping one — and at the end of it, I thought “there are not enough hours in the day to do classical animation by yourself”. So, still wanting to do cool pictures and tell a story, I found my way to comics eventually.

For me, I made silly stories in my dinosaur world and eventually, things like storyboarding, illustration and even concept art and design all became options for me in terms of my career path.

With art, I believe that if you do enough of something, you'll eventually improve at it, which is what I did. I took the things I liked doing, did it a huge amount, and eventually all those skills bled over into other career paths.

The best case of this was back in 2013 when I won the NZ Young Cartoonist Award. That was doing political cartoons and I managed to do that without drawing a single dinosaur.

Do you still draw political cartoons?

Given the opportunity to be paid to draw political cartoons, I'd take it up again. But for me, it requires tuning my brain into a wavelength that doesn’t happen naturally. I find political cartoons stimulating, but I'll always default back to just chasing my comics and fantasy stories. 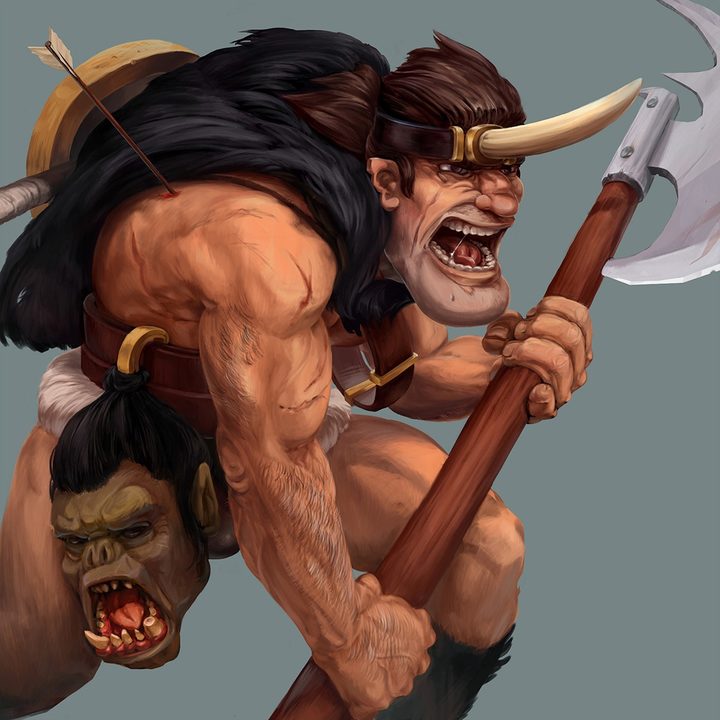 It’s massively satisfying putting stuff out there and having everyone connect with it. Naturally, I'm someone who prefers to keep my head down and mind my own business, so it was a real rush doing these political cartoons.

I guess political cartoons are also tough in that you often need some scathing punchline to top it off.

The other thing is sometimes you’ll spend 80 percent of the time just coming up with ideas and then you put these in front of the editor to give you a “yay” or a “nay”, and often there can be a lot more ‘nays’ which means it takes a long time to get around to doing the drawing part. So as fun as it is coming up with ideas, sometimes there's just no petrol in the machine to come up with them.

Inspiration is a much more important part of doing that kind of work, whereas in a studio, you generally have someone tell you to use your skills to make something. You look at newspaper and New Yorker cartoons and you've got to wonder how much of it is the idea and how much of is the style. You can tell the greatest joke in the world with just stick figures.

Sometimes I get inspired by something I see or I might read a comic that's moody and I think, “How can I take that mood and apply it to my own stuff?” It's not the same as completely stealing from the artist, but nothing's really original anymore and when you accept that, it kind of gives you the freedom to mish-mash everything you want together. 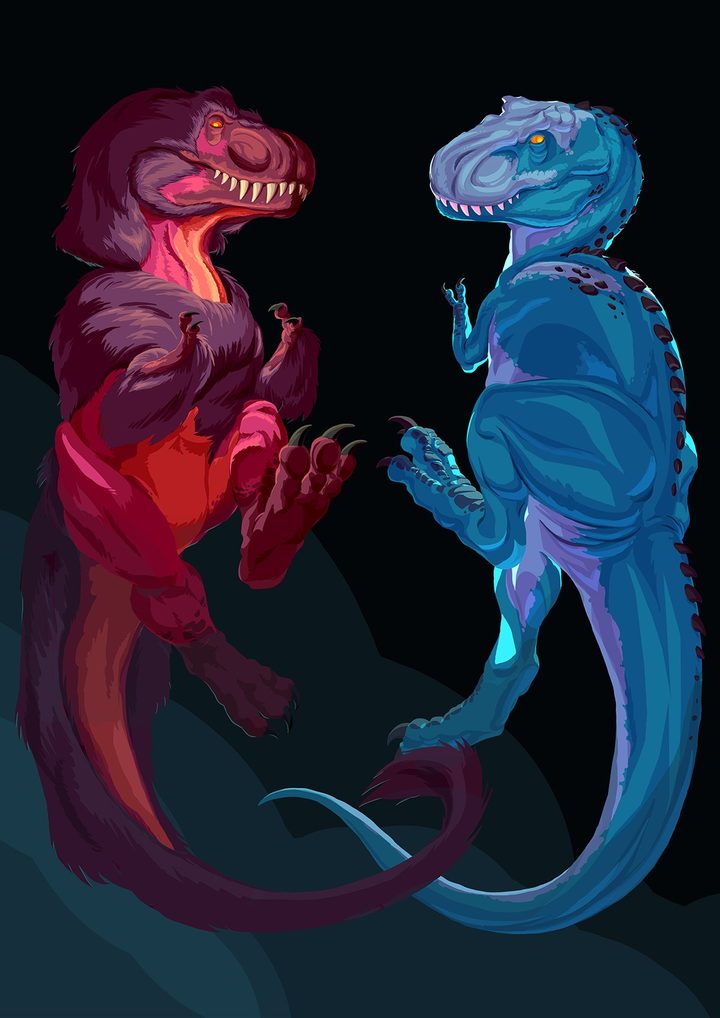 It can be fun, like trying on different clothes. But I've never chased after a style. That’s why with a lot of my stuff, you can see I jump between a very painterly style if I'm trying to go for something more moody, and then I'll pull back to a more line-based style if it needs to be more practical.

It’s true that when you look over your work over the last few years, you jump across a handful of different aesthetics.

I guess I'm just someone who doesn't like to say no! I understood a long time ago that you're going to be terrible at everything the first time, but if you just keep at it, you'll at least get a grasp of it. Then it's more about keeping up the habit.

I've always had a strong technical foundation. I spent a lot of time taking oil painting classes in the evenings while I was working in retail and a lot of time going to life drawing classes studying human figure. These are all your absolute ground base foundation skills, but once you get them under your belt, you can eventually turn your drawing into whatever style you want to.

What kind of reaction do you hope people have when they see your work?

I try to create interesting situations in my art that people can look at and think, “That's different!” One of the pieces that I finished recently is of a guy wrestling a triceratops, just because that's kind of ridiculous and I'd never seen that before. Hopefully anyone who sees that will see the fun that I'm having with the idea, but to kind of mess with it is the fact that I’m throwing all my drawing skills into it to try and make it appear as realistic as possible.

Also, I can't avoid the fact that I've had people coming up to me asking me to draw them this or that dinosaur. That's a wicked buzz to pop those out and give them to people. I'm very fortunate that I have an angle like that and I don't think I'll ever get sick of it. That's part of the reaction that I enjoy getting that always feels quite genuine.

*Chromacon is on this weekend at Auckland’s Aotea Centre.