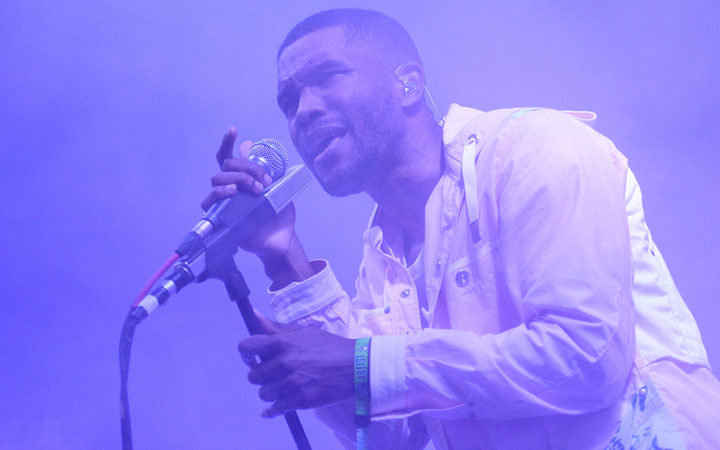 Less is more, as we all know, and in the lead-up to the release of his new full-length record, Frank Ocean said everything he needed to by saying practically nothing at all. Blonde, as it’s now called (Boys Don’t Cry had been the working title of the album for the past year and a half), followed the grainy visual album Endless a mere 48 hours after it was released, and the two projects also came packaged with another video, this time for lead single Nikes, as well as a zine, which is called Boys Don’t Cry.

Yet none of the handful of releases were publicised through any conventional means. Ocean doesn’t give interviews, doesn’t use Twitter, and apart from a couple of short messages posted to his Tumblr, he’s forced his audience, and the media struggling to connect with them, to play the game how he wants to play it. The message is clear: there’s an art to anticipation, too.

It’s been four years since Ocean released his debut Channel Orange, a wait not uncommon whatsoever, but somehow one that was considered short-changing his fans. There were false starts, sure, but Ocean never really disappeared. In the time since the release of his debut, he appeared on tracks by Jay Z, Earl Sweatshirt, John Mayer and, most recently, Kanye West. He was listed as a co-writer on James Blake’s ultra-sincere The Colour In Anything, released back in May, and when we did finally hear murmurs that the album was on it’s way – which was through a mystifying live stream of Ocean building a staircase – it didn’t come as a surprise so much as a reminder that the time had finally come.

Endless is not essential viewing by any means, but it does help to put Blonde in context. Acclaimed US artist Tom Sachs played a distinct role in the making of the visual album and, in a recent interview, he made note of the symbolism of the staircase: “There’s a transparency to the building that is the same as the transparency in the music,” he said. “Frank’s music is simultaneously complex and simple. But no matter how you slice it you can hear what’s going on. And there are sounds that are not musical sounds that are used musically to convey a mood. And all of that stuff is transparent and helps communicate how the music was made.”

Sachs isn’t the only one on board for Ocean’s new projects. Collaborators play a distinct yet often undisclosed role, especially on Blonde. Though the song-by-song credits haven’t been released, and guests aren’t listed on Apple Music (where the album premiered), a list of contributors printed within Boys Don’t Cry made their way online. Among them are names that stretch from contemporaries like Tyler The Creator, Jamie xx and Pharrell Williams, to classics such as David Bowie, Gang of Four, The Beatles and Brian Eno.

(One artist that spent time in the studio with Ocean, but ultimately didn’t make it onto the album: Unknown Mortal Orchestra’s Ruban Nielson.)

Much like the rollout that preceded it, unconventionality is the name of the game on Blonde. It’s barely half as accessible on first listen as Channel Orange and, even then, there’s no guarantees that you’ll be rewarded in the same way for sticking with it. Take it as a challenge: in a way it’s anti-pop, or it’s at least skirting the margins of what we’ve become accustomed to lately – even in a year dominated by innovative statement albums from Beyoncé, Rihanna, Kanye West and, to a much lesser extent, Drake (whose latest full-length Views didn’t leave a lot to find comfort in).

Much of that comes down to the free-form structure Ocean adopts on Blonde. What’s most obvious, especially on songs like Godspeed, Solo, White Ferrari and a handful of others, is that there’s no beats or drums in earshot. It lends a tenderness to the songs, even if it seems a little sparse at times. Other tracks, like Good Guy, Close To You and Pretty Sweet, feel like fragments of something bigger left behind; they’re level with the almost demo-like songs on Endless, yet at the same time there’s nothing really contrary about their inclusion.

It’s not a seamless run by any means. The mid-tempo tracks that dominate the album can make you feel a little restless once the initial spark wears off, but there’s a profound sense of intimacy that helps to lift them up and carry them through. It’s an incredibly introspective record where the songs are written entirely from his own perspective; there’s sides of himself on Blonde that we’ve never seen or heard from before, and it’s that which makes it so easy to connect with the 17 songs that make up the record.

Still, at times it does feel like Ocean is holding something back, like there’s something there we’re not being let in on. Perhaps it’s just not as perfect as he intended, or maybe the idea of restraint is the key to the entire thing. Whether or not it’s as intentional as everything else he did in the build-up to the album dropping is still up for discussion.

Blonde is out now through Apple Music.