Fast food workers are on the frontline in the fight against zero-hour contracts, with a union saying bosses have all the power. 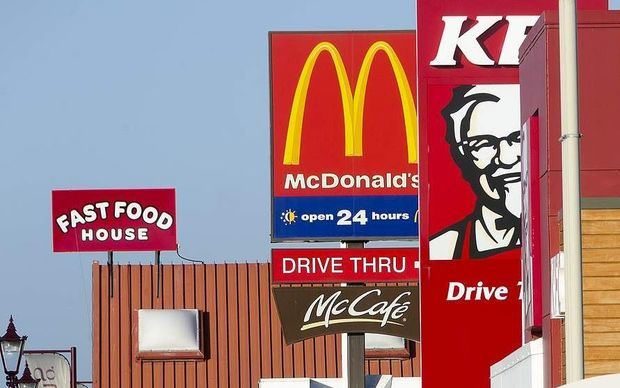 Working the night shift a few months ago Martha, a 19-year-old KFC worker in Wellington, got into a dispute with her boss over whose job it was to finish a task. When she refused to do it, the “big boss” reminded her that he was currently hiring new staff – an implicit threat that her hours could be cut.

“In my head, I was thinking ‘is that a threat? Are you threatening me … Are you serious? I’ve been working here for four years’. And for him to just say that … I wasn’t mad, it was just hurtful.”

Martha’s voice breaks as she talks about work, and before long, tears are running down her face. “Sorry,” she says. “It’s just frustrating.”

She says she works about 15 hours a week. She can’t do night shifts because the last bus leaves before the shift finishes, but she’ll take them if she has to, because she knows her hours are not guaranteed. She is studying, and would like more hours – she hassles management for more shifts. But her job feels precarious.

“I’m always keen for more hours, because I have lots of things to pay for, and I need money.”

Martha, who didn’t want to give her full name or be photographed, is one of several young fast food workers on zero-hour contracts who this week shared their stories at a conference held but the Unite Union, which is fighting to have the employment agreements abolished.

Unlike casual contracts, where workers have a right to refuse work, zero-hours contracts are a regular employment agreement. This makes it difficult to turn down work, but employers aren’t obligated to provide minimum hours.

It’s a horrific way to treat people. There are a lot of good employers who would never do that. There are some rogues who do it, and unfortunately we need to have laws to deal with the rogues.

They’re common in fast food, but increasingly in other sectors like retail, finance and security.

Zero-hour contracts are on the rise around the world. It’s not known how many people are on them in New Zealand, but research in the UK found that more than one in 10 employers are using such contracts, which are most likely to be offered to women, young people and people over 65.

University research here shows that two-thirds of employment is classed as casual, part-time or contract. But employers say that’s not fair on them either. They argue that changes in consumer demand and greater competition globally make it hard for employers.

Unite national director Mike Treen says zero-hour contracts mean those employers can reduce staff hours “arbitrarily and whimsically,” placing all the power in their hands, and leaving workers – especially young workers – with few mechanisms to protect themselves. He says people would be surprised to find out how common they are.

“These are the entry level jobs for tens of thousands of young New Zealanders. This is their first experience of life, and it’s not necessarily a joyful one. We want to change the culture.”

A spokesperson from Burger King says that a collective agreement with Unite workers has been in place for some years, and the union’s position has changed since it was signed. The company says it will address that when the agreement is re-negotiated in the first quarter of next year.

Other fast food companies contacted by The Wireless  - including McDonald's and Restaurant Brands (owners of KFC and Pizza Hut) - either did not respond to requests for comment or declined to comment.

Stephanie, 18, had three broken ribs and a punctured lung after falling down a flight of stairs. She continued working with her injuries because she thought if she called in sick, her hours would be cut in subsequent weeks. 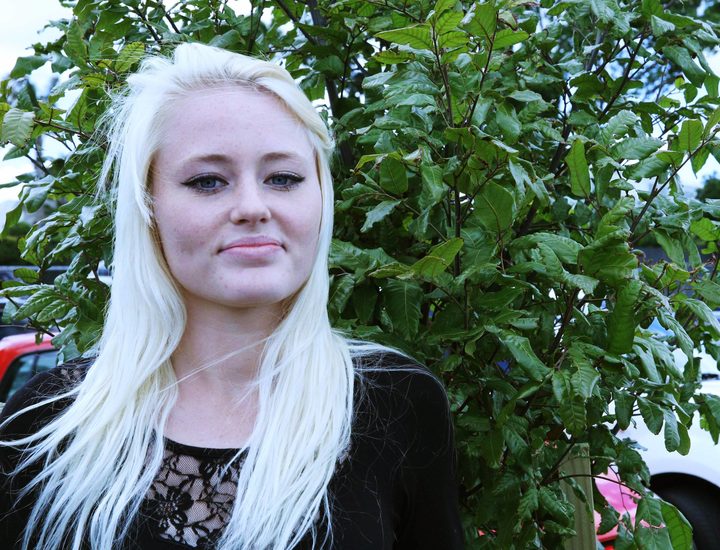 Stephanie Phillips alleges she was made to work for four hours while coughing up blood. Photo: Unknown

“That’s just how they treat you. If you take away one shift, they’ll take away more and make you struggle, if you make them struggle and put them short-staffed.”

Stephanie went to work, and began coughing up blood. When she did that in front of a customer, she was moved to work on the drive-thru. When, after four hours, she was allowed to leave to go to the hospital, the shift manager who let her go was allegedly reprimanded because they had been told to keep Stephanie at work.

McDonald’s didn’t respond to a request for comment from The Wireless, but told other media that neither McDonald’s nor the franchisee had been contacted by the former employee or her union, Unite, regarding the alleged incident.

“We question why Unite Union has chosen to raise the alleged incident via the media, rather than directly with us. As always, we would investigate any claims put to us.”

Fast food workers in New Zealand are relatively unique in the world in that many have collective agreements with their employers. But few seem to understand those agreements.

While Stephanie Phillips’ story is an extreme one, a session at the conference devoted to the agreements at the Unite conference this week provoked workers’ complaints.

“My manager goes out for a smoke every ten minutes,” says one to a round of nods. “We’re made to go on our break after an hour, and then work for the rest of the day.” “My manager always says can you just do this one thing before you go, when that one thing is obviously going to take 15 minutes.” The idea that every workplace should have a health and safety representative is met with laughter.

The union is conducting a survey of its 7000 members, and nearly 600 people responded to within days. Of those, the overwhelming majority – more than eighty per cent – would like more work.

FLEXIBILITY ONLY GOES ONE WAY

Oliver*, 27, works at KFC in Auckland. He gets about 30 hours a week, but acknowledges that he’s in the minority. “The majority of the time people aren’t getting the hours they want, either they’re not getting enough, or they’re being rostered hours they can’t work,” he says. 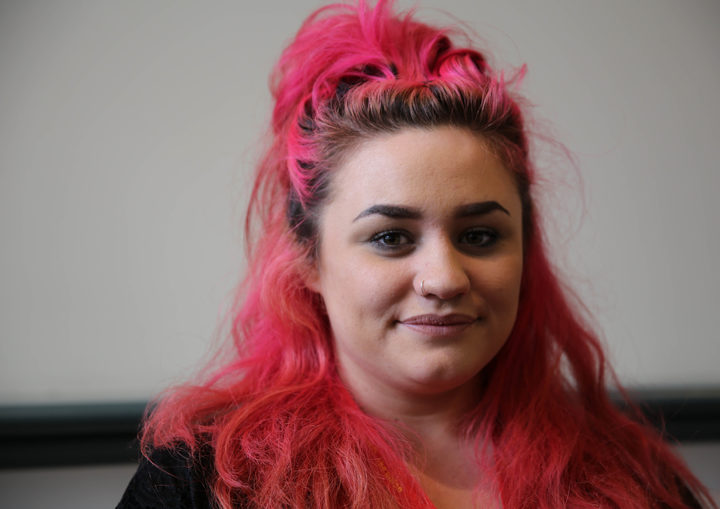 Employers often argue that they need the flexibility of zero-hours contracts, to ensure that all their shifts are filled – especially in competitive and fast-moving industries like fast food.

Oliver says that flexibility doesn’t go both ways. “It’s not flexible if you’re in a position where you have to do it, or you have to be on call, so if your manager calls you on your day off and says ‘do you want to come in and work’, a lot of the time, the answer is ‘yes I have to, because I am not going to have enough money in my pay at the end of the week’.”

It’s particularly difficult at this time of year, when students finish class, and StudyLink payments dry up. Tegan Tinsley, 21, is studying fine arts, and works part time at KFC. Up to a few weeks ago, she was getting more than 30 hours, but last week was only 14. That makes it difficult to budget, especially when her hours aren’t enough to cover her rent.

Tegan says that makes it difficult to turn down work. “If we aren’t available one week, if we’ve got an event or something like that, or even through sickness, those hours will probably stay cut.”

A fast food worker in Hamilton, Rhys Manuka Smith, 24, says that breeds a culture that pits staff against each other –  whoever is the friendliest with the boss will get the most shifts.

“Honestly sometimes it feels like high school, when this is supposed to be a professional workplace. There shouldn’t be things like that, and it should be fair for everybody.” Rhys says there are not enough checks and balances against the power given to management by being able to roster people off or cut their hours.

Tegan agrees, saying the fast food companies keep trying to cut down staff numbers and ask workers to do more work for the same money. “And it’s not fair.” 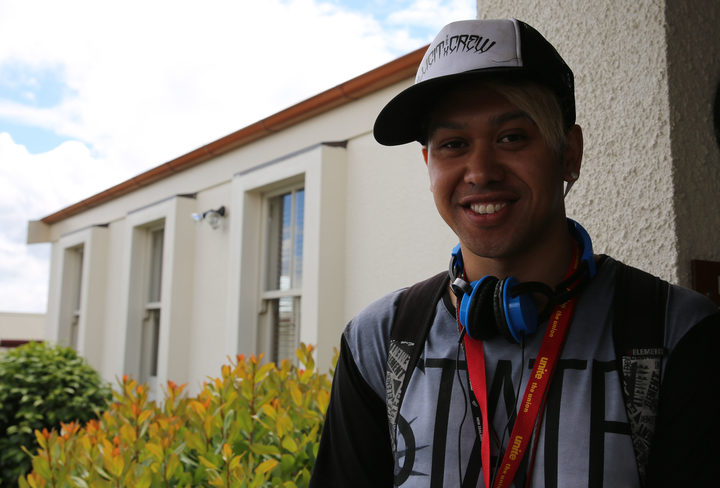 While the vast majority of employers have good relationships with workers, and aren’t trying to exploit them, Mike Treen says “the fast food business is a competitive business, no doubt about it. There is a science associated with minimising cost, including labour.”

To muted applause at the conference, the newly-minted Labour Party leader, Andrew little announced he would, given the chance, outlaw zero-hour contracts. “The idea that workers sign up to a contract that requires them to be available, with no reciprocal guarantee of hours, is unacceptable,” he says.

Labour would look at standards in employment agreements, to ensure a definition of the minimum hours of work, he says.

“People have got to be treated as people, and if they’re offering to provide you with their labour, talent and skills, you’ve got to offer something in return.

“It’s a horrific way to treat people. There are a lot of good employers who would never do that. There are some rogues who do it, and unfortunately we need to have laws to deal with the rogues. And sometimes that’s not very pleasant.”

Paige Gracie, 20, says her employer – Burger King – claims to offer a “harmonious” workplace, but it’s far from that. She’s had an ongoing dispute over her facial piercings, which are against the rules, though she’s been allowed to have them in at work for about 18 months.

After being asked to take them out and refusing Paige alleges that she was sent home every day for a week and a half, unpaid. While she’s now back at work, she worries that her hours will be cut back.

Paige’s branch manager didn’t respond to a request for comment, but she says she just wants to work. “You can’t say I’ve got a job when you’re not letting me work my hours … make me redundant and pay me out, don’t sit me on zero-hours, so I get paid nothing, but I can’t get another job.”

Burger King says it can’t comment on Paige’s individual employment issue, but piercings are a health and safety matter. It says as a food business, it is important that those standards are maintained. 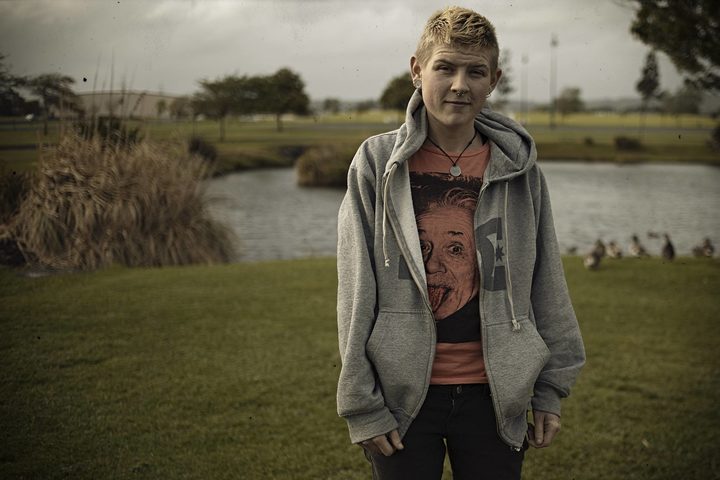 Just as most employers are fair, most young workers want to take pride in their work, says Treen. They want to do a good job, and have the respect of their colleagues and bosses.

The culture created by zero-hour contracts, and the “casualisation” of the workforce, means that is hard to achieve. When the response to everything – from being five minutes late, to just not showing up at all – is to cut a worker’s hours, it doesn’t foster respect and trust.

“You don’t learn anything by that, except submission to authority,” Treen says. “And that doesn’t produce a skilled and educated workforce.”

KFC worker Martha agrees – she wants to do a good job. “Whatever shift I get, even if I’ve got problems, I’ve got bills to pay, I don’t bring it to work. I’m like, I’m at work, I have to be in work mode.

“But with being threatened to get my shifts [cut] or be fired, that’s not really what you want to hear … I take my job seriously, I take any job seriously, because that’s me, my reputation, on the line.”

You can hear more from Martha, and the other workers in this story tomorrow in The Wireless’ podcast, On The Dial.