A complaint has been laid with the United Nations about proposed changes to Māori land laws.

Waitangi Tribunal claimants have sent a letter to the Office of the High Commissioner of Human Rights.

It accuses the government of breaching the Declaration of Rights of Indigenous People in its review of the Te Ture Whenua Māori Act.

The review aims to make it easier to use Māori land but claimants say the process is flawed and their sovereignty is under threat. 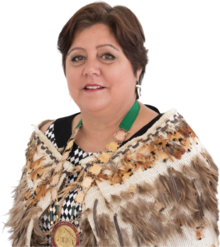 National Māori Women's Welfare League president Prue Kapua said they had been left with no other options.

"This is the next level in terms of the options available to challenge the government and its decision to reform Te Ture Whenua Māori."

In a report released earlier this month, the Waitangi Tribunal found failures in the consultation process and recommended better engagement with Māori before making the changes.

The reformed Act is due to be introduced to Parliament at the end of this month.

Ms Kapua believed the government had indicated it would not adopt the Tribunal's recommendations and said the complaint gave the issue an international perspective.

"Perhaps it puts pressure on the government to re-think. This process has been about saying 'actually you are moving way too quickly and you haven't gone through the proper processes'."

The letter is supported by nine people, including Ms Kapua and the lead Waitangi Tribunal claimant for the land reforms Marise Lant.