The Waitangi Tribunal has revealed it will be holding inquiries into matters of national significance. 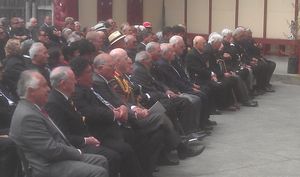 They include the funding and support for Maori health organisations, national railway assets, the regulation of gambling, and the way the coronial system works.

At an announcement of a new direction for the tribunal, Chief Judge Wilson Isaac said the first hearing would be into the rights of Maori war veterans.

He said there were allegations they were treated contrary to the principles of the Treaty of Waitangi.

Judge Isaac said it would be a priority inquiry because veterans were dying. War pensions would be part of the inquiry, he said.