The Maori Party's newly-selected candidate for Hauraki-Waikato has fired the first shot in the battle for the seat.

Susan Cullen said supporters of sitting Labour MP Nanaia Mahuta should switch their votes, because she could get into Parliament on Labour's list. 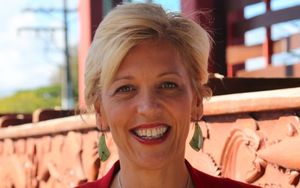 Ms Cullen says not backing Ms Mahuta would would put more kaupapa Maori MPs into Parliament. Hauraki-Waikato could place strategic votes and get two Maori MPs for the price of one - her as the electorate MP and Ms Mahuta as a list MP.

The Mana Party is yet to select its candidate although its previous candidate for Hauraki-Waikato isn't ruling herself in or out.

Angeline Greensill said on Monday candidate selection was underway, with a hui being held this coming weekend.

She is now dealing with environmental and Treaty issues for Tainui, after retiring from her academic role at Waikato University.

Ms Greensill said Ms Cullen, who she described as an entrepreneur, had enough money to run a strong campaign for the Maori Party.

Susan Cullen said homelessness was one of the kaupapa she promised to address if she became the MP for Hauraki-Waikato.

She said she was seeing more homelessness in provincial towns, such as Morrinsville, Te Awamutu, and Cambridge.

Ms Cullen said it was a new issue in smaller towns, where locals had not seen people sitting on the streets begging before.

She said she had personally picked some people up, taken them home, given them a feed, put them in a motel, and given them a bit of a talking to.

Ms Cullen said the problem was being driven by the use of synthetic drugs, joblessness, and hopelessness.