A kohanga reo kaimahi [leader] is relieved a working party has been set up to investigate how the movement should move forward, saying it removes the burden from kohanga whanau. 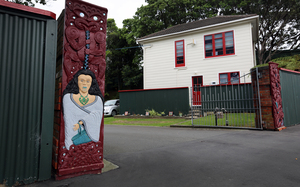 More than 1200 people attended a three-day national hui on kohanga reo, which ended on Sunday.

The hui had been called by the Maori King long before allegations surfaced about financial mismanagement that prompted the Government to call for a Serious Fraud Office investigation into its commercial arm, Te Kohanga Reo National Trust Board.

Representatives from all 496 kohanga reo were at the meeting, and reached three key resolutions; to set up a working party, proceed with their Waitangi Tribunal claim and to warn against government interference.

Kohanga reo spoken to by Te Manu Korihi say they are pleased to have a working party, which will gather their feedback, produce a report by November and deliver it at another hui in December.

Mr Hepi-Akuhata said he would drown if he had to take on the responsibility of looking at the future of the movement, looking after the children and his own home life. It was humbling to have kaumatua support rangatahi members and tell them to have their say.

Chair of Tumanako Kohanga Reo in Kawerau, Tane Cook, said the movement was ready to move forward and brought people within a "fractured group" together.

Mere Nuku, of Tawhaki Kohanga in Ruatoki, said the hui also made it clear it did not want the Government to take control of governance, with one speaker likening interference to a cancer which needed to be cut out.

Ms Nuku said the Government was meddling with the kohanga movement and trying to dictate governance to Maori radio station Te Upoko o Te Ika. She questioned which organisation would be next.

Meanwhile, the government expects to have a state representative sitting on the kohanga national trust board.

Education Minister Hekia Parata said she anticipated an appointment would be made if the Crown acted on Waitangi Tribunal recommendations covering the running of Maori language pre-schools.

Sir Michael Cullen is working as an independent advisor to implement suggestions made by the tribunal which aim to improve the relationship between kohanga and the Crown.