A father of a Wellington club rugby player was attacked and players subjected to "repeated vile racial slurs" by another club's supporters before a fight broke out, according to Marist St Pats chairman Rob Evans. 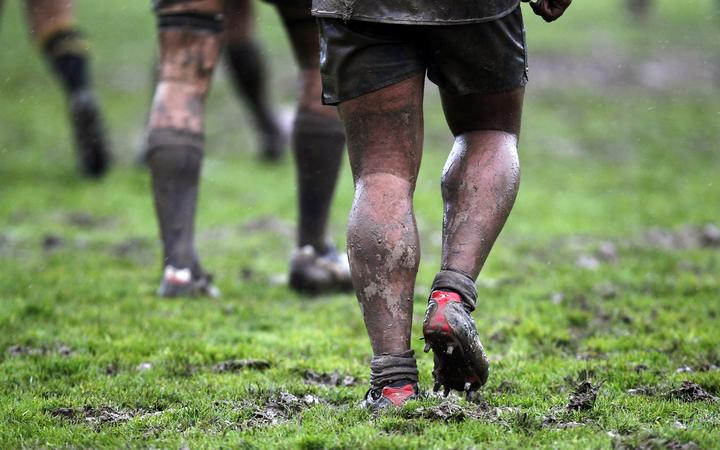 The match between MSP and Old Boys University clubs at Wellington College on Saturday was marred by a brawl in the final minutes, which Evans said involved players and spectators.

Wellington Rugby is investigating the incident, which Evans said involved allegations of racial and physical abuse towards its players by OBU supporters and ex-players.

"It is clear some of our players became upset following repeated, vile racial slurs and the attack on the father of one our players by an intoxicated group of OBU supporters. Just as violence cannot be tolerated, the kind of racial abuse witnessed on Saturday has no place in our game or society," Evans said.

MSP did not condone violence of any kind and the club met with players on Monday to "get to the bottom of the facts", he said.

The club was working with Wellington Rugby and Old Boys University to gather witness statements and the club would do all it could to ensure those responsible were held accountable, Evans said.

Old Boys University chairman Pete McFarlane said in a statement that his club was investigating an incident that occurred at the end of the top of the table premier match with MSP on Saturday afternoon.

"At this stage, we are piecing together what happened and it would be unwise to speculate further in any regard until we have all the information," McFarlane said.

"MSP has made an allegation of a racist comment/s being made by a spectator/s in attendance at the conclusion of the game. These allegations will be fully investigated. If established OBU will not hesitate in taking action as this does not reflect the values of our club and community. OBU does not condone or tolerate any conduct of this nature. To date, all parties who have been interviewed have denied any such conduct."

An MSP player or players had attacked an OBU supporter, he said.

"This allegation (of racist comments from OBU supporters) follows on from an assault on a spectator/by a number of MSP players and verbal abuse by other MSP players against the match officials at the conclusion of the game. OBU does not condone or tolerate any behaviour of this kind.

"It is important to note that there are no allegations against any OBU players, management or coaches from the match and from what I have seen they conducted themselves admirably given the circumstances."

McFarlane said OBU would not be making any further comment until the facts were established at the conclusion of the judicial process.