Somehow, Dr Hannah Wells manages to lead a supercharged double life - as a ground-breaking medical researcher, and a champion triathlete. She tells Lockerroom's Suzanne McFadden why, and how she does it.

The two very different lives of Dr Hannah Wells are unlikely to ever converge.

By day, she is a post-doctoral research fellow in the field of biotech engineering, currently dissecting sheep arteries to find an alternative for human grafts.

And, in almost every hour she can steal around that, Wells trains for her other career as a professional triathlete - competing in, and often winning, half Ironman races.

How she manages to do both to her full capability may be a modern miracle in itself. 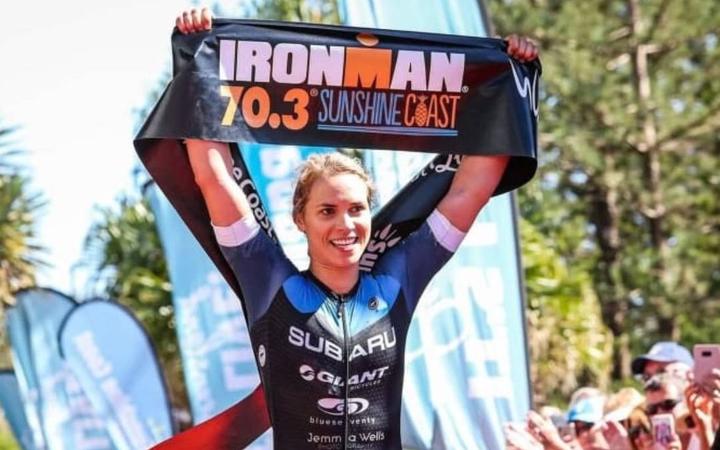 Wells is 28, lives in Tauranga, and works for Massey University.

When LockerRoom spoke to her this week, she was in Brisbane, on her way to Boise, Idaho. She's spending the next six weeks training with, and learning from, one of the world's best Ironwomen, American Jocelyn McCauley.

Wells was happy and a tad tired - having just won the Ironman 70.3 Sunshine Coast title in Mooloolaba. The victory brought some welcome light to a particularly dark winter.

You see, Wells should have been in France, racing in the Ironman 70.3 world championships in Nice that very same day she won in Australia. Instead, she watched it on TV.

A nasty lurgy had laid her out for six weeks, right in the middle of her training regime for the worlds. So she had to take a different path.

But she's unperturbed. Winning the half Ironman on the Sunshine Coast has earned her an early ticket to the next world championships, in November 2020, which will be raced on her home soil, in Taupō. 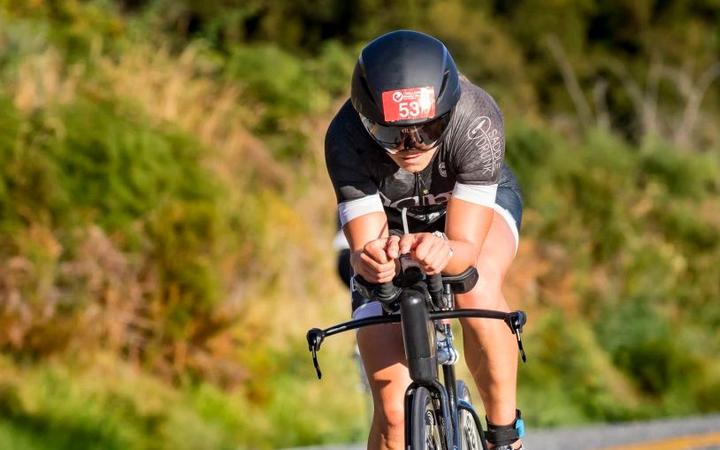 The fatiguing load of trying to balance her ground-breaking research work and competing in professional sport around the globe may well have contributed to her illness. But she's still determined to make her two careers work.

"I can't lie, it's not the easiest to try and do. But I love it," she says. "And work pays the bills when triathlon doesn't."

Wells works four days a week for Massey's School of Engineering and Advanced Technology. Most of the time she works from home with her research, but she sometimes flies down to Palmerston North to spend time in the laboratories.

She did her PhD looking at the structure of collagen in a range of tissues and natural materials, and won two international awards.

Now her main project is looking at developing an artery heterograft for humans from animals (that's a tissue graft from one species to another).

Wells has been taking the carotid arteries out of sheep, and then decellularising them in the lab - which means stripping the cells from the tissue, and leaving just the scaffold to grow new cells.

She explains that, at the moment, when people with cardiovascular disease need a repair to a damaged artery, it can mean cutting an artery out of the patient's leg to use as a graft, or using a synthetic one. Both can lead to complications.

"Trying to use a graft that's close to our own natural tissue means the body is more likely to accept it, and there may be less scarring," Wells says. "Our hope is to develop a natural-based graft that can be an alternative to chopping someone's artery out of their leg.

"Yes, it's very different to triathlon," she says suddenly. "They are quite separate worlds."

It was while Wells was studying for her engineering degree that she virtually stumbled into triathlon.

She was a netballer growing up in Te Puke, and was playing for the Massey University A team when she suffered an unknown foot injury. Unable to run, her coach suggested she try swimming to stay fit.

"I was swimming early in the mornings at the same time as a triathlon club. After a few mornings they said 'why don't you just come and swim with us?' Then I ended up quitting netball and starting triathlon," Wells says.

"It's interesting that all through school I only played team sports, and now I'm fully submerged in an individual sport."

She had to learn to race on a bike, initially following her dad into mountain-biking. She lined up in her first triathlon in 2012, did multisport events like the Coast to Coast, and entered her first half Ironman (a 1.9km swim, 90km bike and 21.1km run) five years ago. 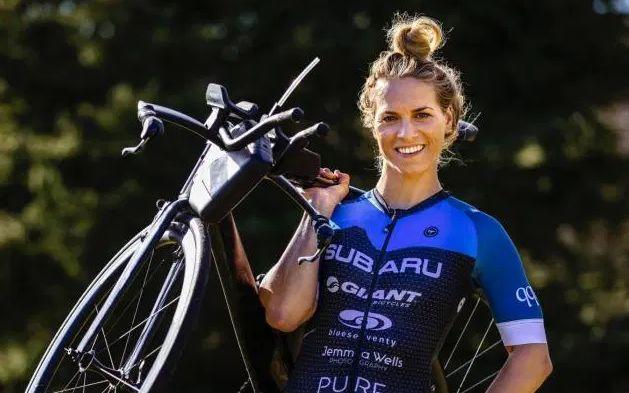 Wells began this year in some of her best form: winning the Tauranga Half Ironman - which doubled as the national middle distance champs - and won Challenge Wanaka soon after.

Then she went to the United States, and joined an all-female team for the Speed Project - a crazy 550km running relay from Los Angeles to Las Vegas. Her team finished third overall, and broke the women's record by seven hours.

After a short rest, Wells fired up her training for the Ironman 70.3 world champs, and was feeling great. But juggling that with her workload - as well as house renovations with her partner, former triathlete Nick Berry - left her in a "pretty tired state", and she was hit hard by a virus.

"It was six weeks of struggling with fevers, dizziness, headaches, achiness and nausea," she wrote in her blog. "I went from thinking I was invincible and working/training up a storm, to being stoked if I had the energy to do normal everyday tasks."

She pulled out of two races in Asia, and eventually pulled the pin on the world champs.

"It was a bit rough, but I'd missed so much training at a critical time. That's all part of the sport, really," she says. "Next year I will be avoiding winter in New Zealand!"

Wells hopes to build up to next year's worlds on the Sunshine Coast. She has an obvious affinity with the place - in the three years she's lined up in the half Ironman there, she's always stood on the dais.

This year she had a strong swim, and engaged in a healthy battle on the bike with Australian Caroline Steffen at the front of the field. But Wells was quicker out of the transition into the run, found her rhythm and led all the way to the finish. Fellow Kiwi Braden Currie won the men's title.

"It turns out it wasn't a bad Plan B," Wells says.

Now she's in the United States for six weeks training with her Kiwi coach, Bevan McKinnon, and Jocelyn McCauley, the women's winner of Ironman NZ this year, who's preparing for the Ironman world championship in Kona in October.

"I haven't done a full Ironman yet, but I'd like to - next year possibly," Wells says.

"I still think the half Ironman is cool, because it's high intensity, and a lot faster. And there's really no rush to jump into the full Ironman - generally women don't peak for the long distances until they're into their 30s."