Opinion - Does breakdancing, rock climbing, surfing and skateboarding at the Olympics sound crazy to you? 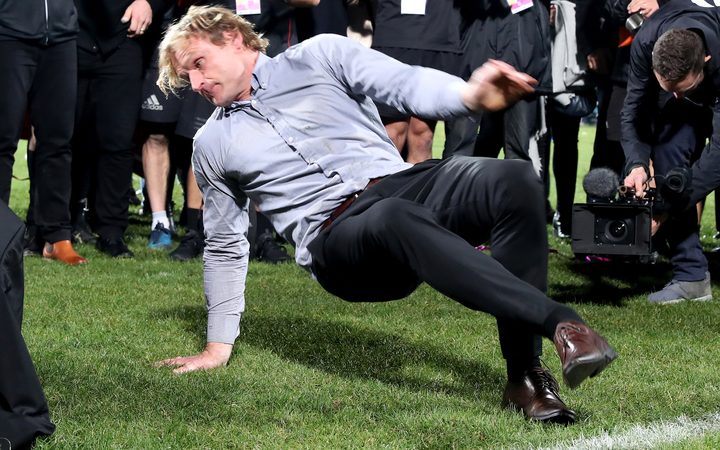 Have a look at the history of the games and you might end up with a different view, because when they first started, pursuits like that were more than welcome at the Games.

In fact, you could argue that they've got just as much right to be there as any other sport - because the modern Olympics could do with a bit of an image change.

Go back to when it first started, and the Olympics was a pretty different sight to what we see now.

Its origins lie in the Victorian notions of amateur competition that would foster friendly competition between the relatively new nation states around the globe.

Unfortunately, it didn't work that well - only 18 years after it began, World War I started. But the fact remained that even back then it was open to trying a variety of new events, some of which weren't even sports at all.

It endured the war, and by 1924 was attracting competitors from around the world again.

The Paris Olympics in 2024 will be 100 years after the last time Games were held there.

While the 1924 version is most remembered for the 100 metre sprint final immortalised in the movie Chariots of Fire (New Zealander Arthur Porritt won a bronze medal in that one), it also included an art competition.

Medals were awarded for architecture, painting, literature and sculpture - with one gold medal going to an oil painting of a game of rugby done by a contestant from Luxembourg.

Art competitions remained in the Games until 1948, and were only stopped because of the problems with regarding the artists as professionals.

Go back even further to the other time Paris hosted the Games, in 1900, and you'll see even more evidence that including sports like breakdancing is actually a nod its history in the city.

That year, events including motor racing, ballooning and croquet. Target shooting involved using actual live birds, and a combined team from Sweden and Denmark won gold in a sport that would be undoubtedly be a hit with spectators if it ever made a comeback nowadays: tug of war.

The ironic thing is that the most iconic traditions of the Olympics that we associate with it today are actually rooted in the history that is worth remembering, but definitely not celebrating.

Parades of nations, the lighting of the torch and carefully choreographed opening ceremonies are something that the Nazi organisers of the Berlin Olympics concocted in 1936 to blatantly display just how great they thought Adolf Hitler was.

Likewise, obsession with topping the medal table is a direct hangover from the Cold War, when the Soviet bloc and United States were desperate to claim any sort of advantage over one another.

This of course led to the systematic drugs cheating programmes that continue on to this day.

Even the simple honour of hosting the Olympics is now a gigantic public issue, with more bad press than good about how quickly it will bankrupt the city that hosts it.

The most infamous is the case of Montreal, which took 30 years to pay off the billion dollar debt it racked up from hosting the 1976 Games.

So really, the further the Olympics can move away from the sort of jingoistic nationalism it embodies and economic mess it has become, the better.