The former Australia cricket international John Hastings admits his career is over unless he finds a way to curb a potentially fatal illness that's causing him to cough up blood when he bowls.

The 32-year-old has represented Australia in all three formats of the game and despite retiring from one and four-day cricket last year had his sights set on touring the world T20 circuit before hanging up the boots.

But as it stands that won't happen unless he discovers why he continues to burst blood vessels in his lungs when he charges through the crease. 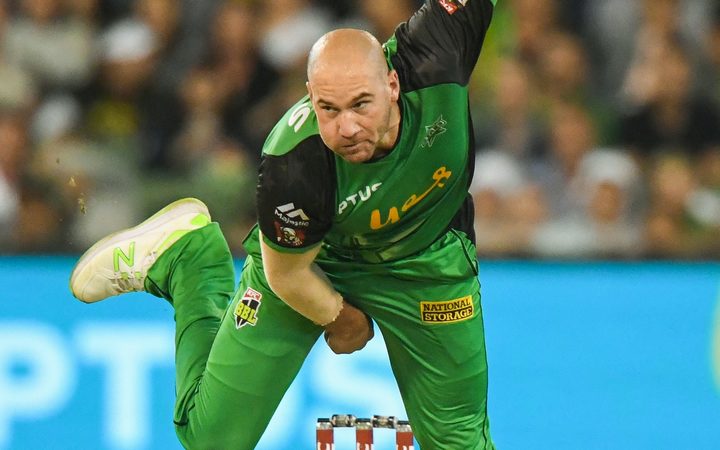 Hastings first noticed the condition several years ago but despite extensive testing it has worsened and will sideline him for the upcoming Big Bash season, where he had signed with the Sydney Sixers.

"It's literally just bowling. It's not running. I can do boxing, weight sessions, rowing, anything like that.

"When I step it up (at the crease), literally I burst blood vessels in my lungs and I walk back to my mark and cough up some blood.

"The uncertainty around not knowing whether any long term damage could be a side effect, or fatally bleeding on the field (is scary)."

The former Melbourne Stars captain has played one Test, 29 ODIs and nine T20Is in the green and gold.

"I've played this game my whole life and I wanted to keep playing it," he said.

"I wanted to play tournaments all around the world. That's one of the reasons I retired early from one-day and four-day cricket.

"To see it maybe slipping away, it's pretty tough to take and at this stage, unless something miraculous happens, I won't be able to bowl."

Hastings said he had been presented with two "invasive" treatment options that he wasn't comfortable with, but that he will continue to work with doctors in an attempt to diagnose the illness.