The former Olympic and World Champion rider René Wolff, who has guided the Dutch national team for the past two Olympics, has been appointed the head sprint coach Cycling New Zealand.

Wolff replaces Anthony Peden who stepped down abruptly in May amid allegations of bullying, an inappropriate relationship with an athlete and drinking issues.

An independent review into Cycling New Zealand's handling of the allegations is currently being carried out by solicitor-general Michael Heron.

That was due to be completed by the end of August but is now due to be released in mid-October. 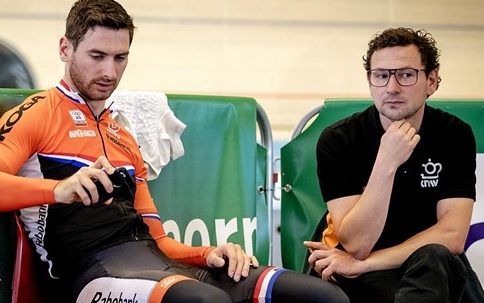 Wolff has led the Netherlands sprint programme since 2010, working with the likes of World and Olympic champions Teun Mulder, Elis Ligtlee, Jeffrey Hoogland and Matthijs Buchli.

The Netherlands was the leading nation at last year's track world championships.

As a rider, he won two medals including a gold at the 2004 Athens Olympics and was a two-time world champion for his native Germany.

He coached for Thuringen in Germany from 2007 before becoming the Dutch national coach in 2010 and moved to the role as High Performance Manager for the Netherlands Olympic Committee last year.

Cycling New Zealand High Performance Director, Martin Barras said the organisation was delighted to attract someone of Wolff's pedigree to the role.

"We received strong interest from around the globe for this role, which is understandable given the status of our men's sprint programme in particular," said Barras.

"Rene has a successful background in coaching at the highest level of the sport and a thorough understanding of all aspects of sprint coaching.

"We are keen to see our leading riders progress and grow further, and at the same time establish our development in sprint cycling, working with our Subway Performance Hubs with our emerging talent and young coaches.

Wolff will take up his role this month with his first assignment being the UCI World Cup competitions in France and Canada in October.