Sir Mark Todd is the leading New Zealander in sixth place after the first day of dressage at the Burghley Horse Trials in England.

"The horse went really well. He did a really nice test unfortunately I made two stupid errors. One forgetting the 20 metre circle and that sort of put me off a bit and I ended up halting at the wrong place in the end so that didn't help my cause," said Todd. 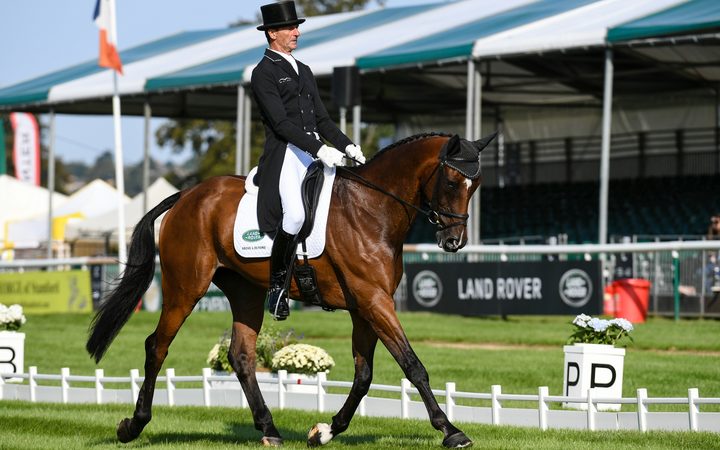 Todd has a second horse in the competition and will ride Kiltubrid Rhapsody.