There is a twinkle in Abraham Papalii's eye when he talks about Jordan Mailata, the young Australian who has come from nowhere to be on the verge of playing in the NFL.

That shouldn't be a surprise.

Just last year Mailata was playing in the Australian National Rugby League's under-20 competition, exactly where Papalii played in 2013 before moving to Sydney and playing two games for the Roosters.

Now back home in Auckland after a stint playing in France, Papalii said Mailata's story is inspiring. 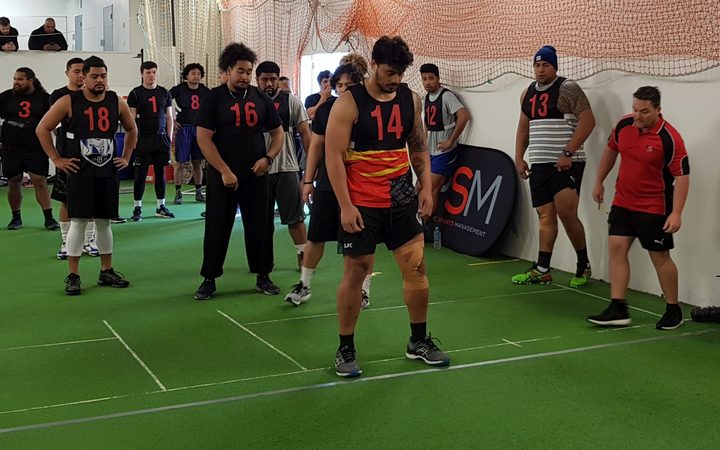 Abraham Papalii was among 30 players at an NFL training camp in Auckland. Photo: RNZ/Clay Wilson

"Actually I was following him during his 20s rugby league years, just running through everyone.

"But I guess he made that tranistion and it made him perfect for American football, it was pretty cool to see him make it."

Papalii was one of about 30 participating as one of sport's most popular and lucrative competitions expanded its search for the next American football star to New Zealand shores on Wednesday. 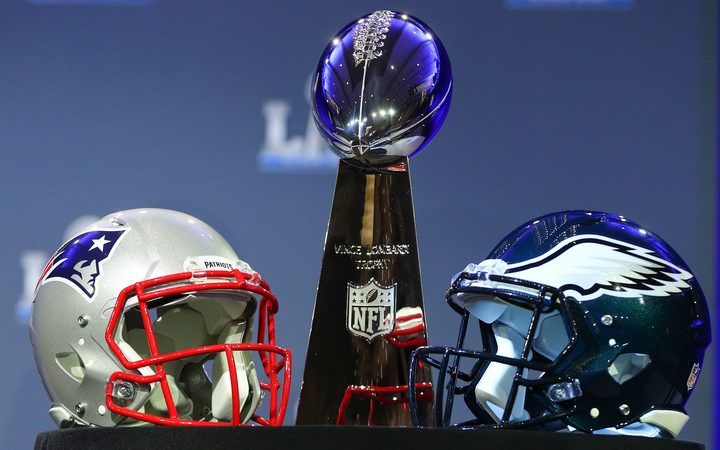 The National Football League ran the first of two New Zealand testing days in Auckland, with the second to follow in Wellington on Sunday.

Athletes in Wellington, Fiji, Samoa and Australia are also pushing for a chance to show what they can do in front of NFL scouts on the Gold Coast in October.

Australian company Pacific Sports Management have partnered with the NFL in the project and managing director Chris Orr said Mailata's rapid rise has been crucial.

"That was the catalyst to bring some more testing down here.

"His progression into the [NFL] international programme and how quickly he learned and developed his game, to then getting drafted by the Super Bowl champions the Philadelphia Eagles.

"It just shows there's an immense amount of talent down this way."

While rugby and rugby league players could prove ideal candidates, many of those at Wednesday's session already play in an Auckland American Football competition featuring 8 teams.

New Zealand American Football Federation chairman Todd Wackrow said rugby and league officials perhaps shouldn't be as worried as they might be.

"At the end of the day most of the sports are competing for the top talent.

"But I also think there is quite a different athlete that suits American football as opposed to those sports.

"It's focussed much more on short term power and explosiveness, as opposed to cardio fitness."

But Wackrow did admit this part of the world has the potential to be very fruitful for the NFL.

"We do have some incredible athletes with the size, speed, power combo that is perfect for American football.

"It shows there are opportunities to excel here at this testing and then possible make it all the way to the NFL, which is pretty crazy really," he said. 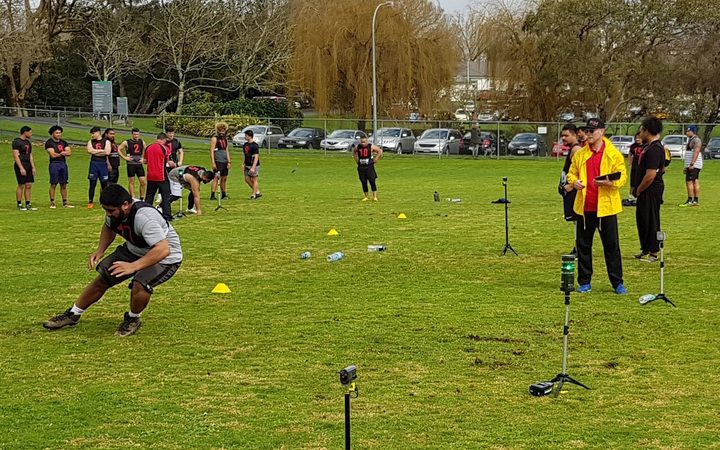 A second NFL camp will be held in Wellington on Sunday. Photo: RNZ/Clay Wilson

With Mailata's success though, some young Kiwis are starting to dream.

Up to 75 from across Oceania will move on to the next step of the process, where up to five will be selected to spend three months at a specialist facility in Florida.

From there a place in next year's NFL Draft, where successful athletes become part of a multi-billion dollar competition, awaits.

It is a path Abraham Papalii is only too well aware of.

"You know everyone's looking for a ticket, a way to follow the dream and provide for yourself and your family.

"That's pretty much what you want."

With the testing set to become an annual event, more young New Zealand athletes are likely to be sharing exactly the same dream.