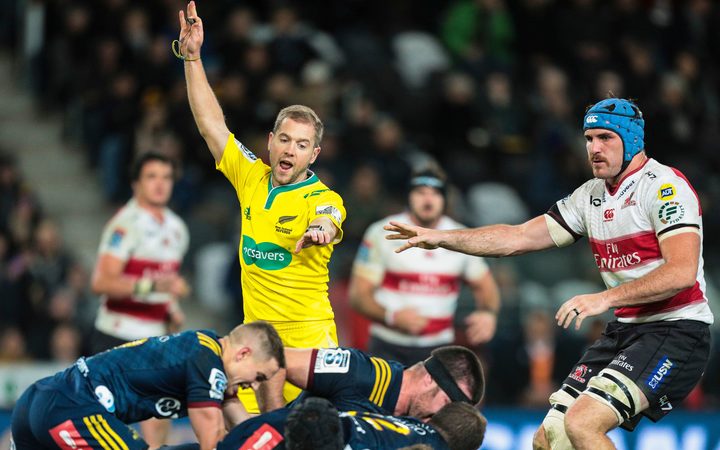 While the Sydney-based New South Wales Waratahs could advance to the final, Gardner's selection had been on merit, the organisation said.

"The selection of the match referees for the finals series have been merit-based and have included input from the team head coaches," Sanzaar said in a statement.

It's Gardner's maiden Super Rugby final appointment and is reward for his high quality performances throughout the season, the statement said.

The eight-time champion Crusaders team face the Hurricanes in an all-New Zealand semi-final in Christchurch on Saturday before South Africa's Lions host the Waratahs in Johannesburg.

While traditionally rugby has used neutral referees for tests and other high level matches, Super Rugby's finals over the previous two years have involved officials from the same country as one of the participating teams.

Peyper will referee the Crusaders-Hurricanes semi-final, while Jackson takes charge of the Lions-Waratahs game.