A strong second quarter effort has ensured the Central Pulse remain unbeaten after three games in the New Zealand Netball Premiership, helping the hosts to a 52-44 win over the Mainland Tactix in Wellington. 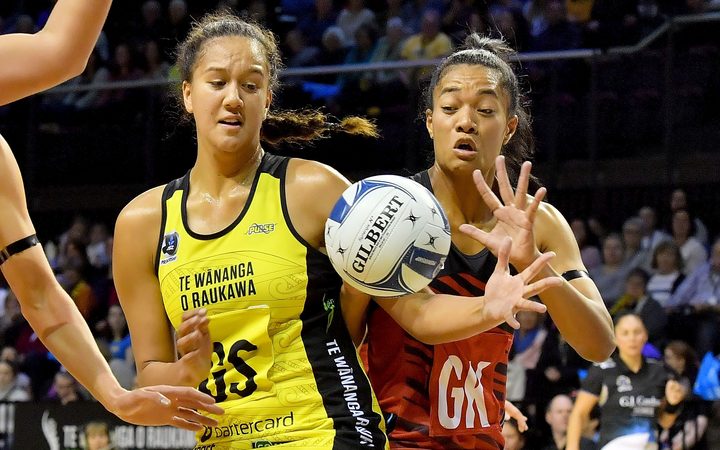 It's the Tactix first loss of the season.

The Pulse won the second spell by nine goals giving them the upper-hand for the rest of the match, apart from a brief lapse in the final quarter.

Teenage shooters Aliyah Dunn and Tiana Metuarau continued to build on their relationship in the Pulse circle; Dunn finishing with 33 goals and 17-year-old Metuarau taking charge at goal attack like a seasoned campaigner.

While the new-look Tactix continued to show a great improvement in form, particularly on defence, they struggled at times to thread the ball cleanly through the court.

The Pulse started strongly, but disruption from the Tactix defence, led by Temalisi Fakahokotau, helped the visitors to get back into the game. It was only in the last minute that the Pulse went on a run to lead 15-11 at the end of the first quarter.

Dunn and Metuarau poured on six goals after the break, before the Tactix could even add one to their total. To add injury to insult, Tactix captain Jess Maclennan had to leave the court after an awkward fall left her clutching her knee.

The Pulse kept racing through the second quarter, scoring nearly three times as many goals as the Tactix and were up 30-17 at halftime. Claire Kersten and Katrina Grant hauled in a telling number of intercepts for the home side.

Brooke Leaver's entry into the game at goal attack helped improved the Tactix shooting accuracy and intensity, and the visitors only lost the third quarter 13-12, but the score at the end of the period was 43-29 to the Pulse.

The Tactix continued to improve at the start of the final quarter, with Fakahokotau contesting every ball that entered the Pulse circle. Leaver and experienced Australian shooter Kate Beveridge had established a good understanding at the other end, scoring eight goals to the Pulse's one straight after the break, but that fizzled when Beveridge was forced to retire to the bench after hurting her ankle.

From there Grant and Sulu Fitzpatrick resumed their control on defence, with Grant earning the MVP award.