Murphy Taramai scored a try on the stroke of fulltime and Rieko Ioane bagged a brace to earn Blues a first Super Rugby victory of the season with an thrilling 38-35 win over the previously unbeaten Lions in Johannesburg. 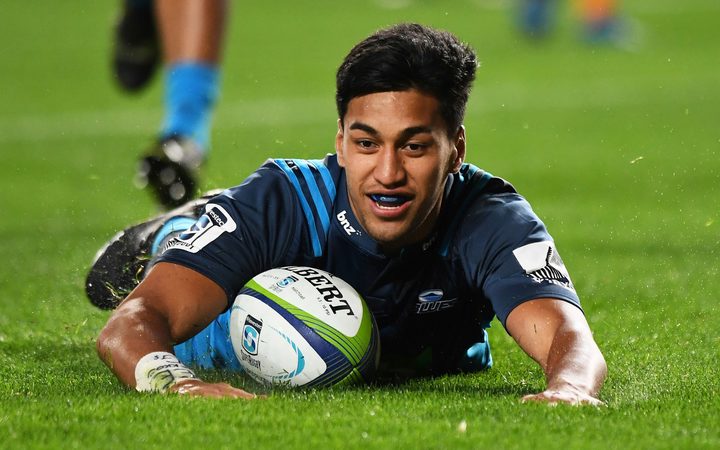 The Blues trailed by 11 points with six minutes remaining, but kept the pressure on the home side, forcing them into errors that allowed loose-forwards Jimmy Tupou and Taramai to score.

The Ioane brothers, centre Rieko (two) and number eight Akira, scored the visitors' other tries as they hung on with the Lions at times threatening to race clear on the scoreboard.

Wingers Sylvian Mahuza and Aphiwe Dyantyi, centre Rohan Janse van Rensburg, first-five Elton Jantjies and prop Dylan Smith crossed the line for the home side, but they also crucially missed an opportunity to seal the game late on.

With the ball charged down in the Blues goal area and not a defender in sight, Dyantyi knocked on as he attempted to ground ball, a mistake he would come to rue.

"It was a huge effort, it's been building for three weeks. The boys fought hard and stuck to the game-plan, which I thought was impressive. It was massive result for us to get our season started," Blues captain James Parsons said.

"We have been playing hard and with passion this season, but the execution was better today."

The Lions, who have been beaten in the last two Super Rugby finals, held a 28-10 lead 15 minutes into the second period as they fed off Blues mistakes with their lightning quick backs.

But two tries from Rieko Ioane in six minutes brought the Auckland-based side to within touching distance on the scoreboard and suddenly it was the visitors who looked the fresher.

That set up a frenetic final 10 minutes but as Smith barged his way over for the Lions, it seemed as though they would claim a fourth successive win this season.

The Blues kept up the pressure, though, and after Tupou had forced his way over, the Lions again ran out of defenders under their posts as Taramai crossed for the winning score.

"It's very disappointing, but let's give credit to the Blues, they deserved the win," Lions captain Warren Whiteley said.

"We switched off, we lost a lot of ball in contact and gave away a lot of possession. We need to keep the ball in hand, play a bit tighter."