The Phoenix have been thumped 4-1 by Central Coast in their A-league football clash in Wellington. 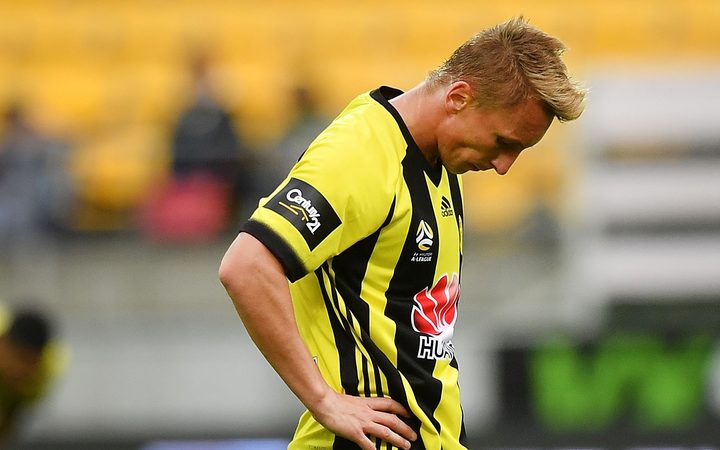 The home side came into the game refreshed after a week off following their postponed away tie with Western Sydney Wanderers but it was the visiting Mariners side who appeared the fresher, outfighting and outrunning their hosts.

Head coach Darije Kalezić handed a first start to Lewis Italiano but it was the Mariners who started the match the brighter, with former Nix flyer Kwabena Appiah darting into the Phoenix penalty area in the second minute only to be prevented by the big Australian shot-stopper.

Gui Finkler crafted the best opportunity of the half for Wellington in just the sixth minute with a jabbed shot that rolled agonisingly past Ben Kennedy's right-hand post.

From there, the visitors' midfield of Wout Brama and Tom Hiariej looked to stamp control, with Mariners' best moment arriving in the 30th minute when Andrew Hoole put on the after-burners and found himself one-on-one with Italiano.

The Australia spread himself brilliantly to save a certain goal with his feet, before also holding the follow-up shot from Danny De Silva.

With Phoenix offering good patches of their own with Roy Krishna lively as ever, the contest tipped dramatically the way of the visitors with a touch of fortune in the 38th minute.

A flat ball whipped in with pace from a corner nipped off the outstretched head of Phoenix striker Andrija Kaludjerovic and sailed past a wrong-footed Lewis Italiano to sneak inside the far post for an unfortunately own-goal.

If Kalezić was looking for a strong response after the break his chargers were unable to stamp their authority, with a terrific sliding intervention from Marco Rossi unable to prevent Appiah falling kindly to De Silva to fire home in the 53rd minute.

Nevertheless, the Phoenix continued to search for a way back into the match. Kalezić first replaced Finkler with Michael McGlinchey and then Phoenix captain Andrew Durante with Adam Parkhouse with a view to injecting more pace into the attack.

With their tails up there was little however going wrong for Mariners, and when a ball was played back to Hoole just outside the box it seemed his curling effort was only ever destined for the top corner - Italiano no chance as the Mariners extended their lead to three in the 67th minute.

To their credit, the Phoenix continued to press and finally got a goal back in the 71st minute when Matt Ridenton lifted a clever ball into the box for Dario Vidosic to nod past the diving Ben Kennedy for his fourth goal of the season - remarkably, all headers.

Last laugh went to the visitors however as substitute Trent Buhagiar struck on a quick counter-attack to round out a miserable night in Wellington.

Head coach Darije Kalezić was reflective at the post-match press conference, citing one or two key moments and turning points that ultimately settled an affair that was perhaps more even than the scoreline suggested.

"I think we started the game good," said Kalezić, "We controlled the game, created also some dangerous situations from which we could make a goal, but we didn't make [this] goal."

"I think Mariners was crucial tonight in moving very fast between the lines, forwards and backwards, with all three lines in the team. Whoever did that better tonight, they get the biggest chance to win the game and after the end of the game, I can say, that was the key to the game."

The Phoenix play Melbourne Victory next Sunday in Wellington.