The Auckland halfback Emma Jensen will become the first women's rugby player to play 100 NPC matches, when she takes the field against Canterbury this weekend.

Jensen, 39, will play her 76th game for Auckland to go with the 24 she played for Waikato before the move north in 2003.

Since then she has won 10 provincial titles, and racked up 49 test caps for the Black Ferns, more than 150 club games for College Rifles and last week raised her 150th first-class game when she ran out for the Storm in their 10-all draw with the Bay of Plenty Volcanix in Whakatane. 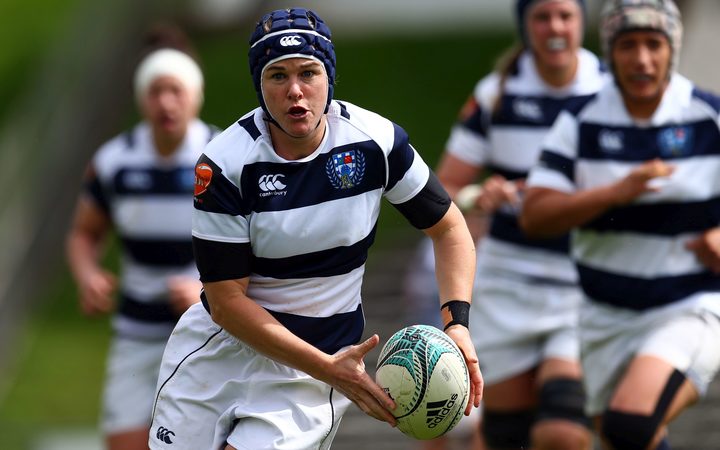 She has also won three World Cups with the Black Ferns in a 49 test career.

Jensen, a teacher at Epsom Girls' Grammar School, admits she usually runs out last onto the field for the Storm, but may have to reverse that trend tomorrow.

Jensen cannot recall her first NPC game for Waikato in 1999, at the dawn of the competition, though she did first play for Waikato as far back as 1996, as an 18-year-old, when matches were organised on an ad hoc basis.

"There is a gap in standard from when I first started. Everyone has got stronger, fitter and faster, so it makes it better for the game. When I played for Waikato, I never enjoyed playing Auckland, because we always got thumped. Now it's all closed right up," she says.

Jensen, who has previously captained Auckland, admits the young players at her Rifles club and at the Storm keep her young and motivated, though she is non-committal about next season.

"I love seeing the new talent coming through, and they can come and talk to me any time they like, so I can hand on some of my experience," says the three-time Women's Rugby World Cup winner.

"There hasn't always been many games in any given season for her and in one year there was no comp at all (2010). So this is credit to her."