Tim Price on Ringwood Sky Boy was the best placed of the New Zealanders competing at the Burghley Horse trials in England, finishing fifth.

Price and Ringwood Sky Boy picked up five faults in the showjuming to finish on 51.5 with Andrew Nicholson and Nereo in eighth spot on 57.1. 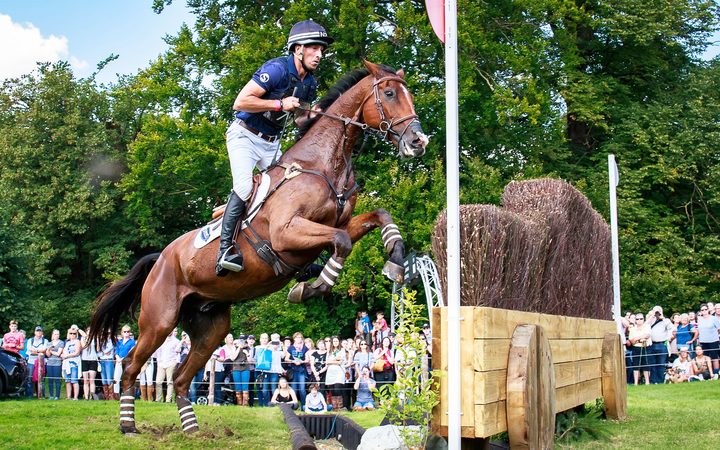 Powell was one of just four clear rounds inside time in the showjumping this morning.

Oliver Townend and Ballaghmor Class held on to their overnight lead to take the win on 45.6 penalty points.

Powell and Onwards and Upwards were a late withdrawal, ahead of the showjumping.

Sir Mark Todd was eliminated after falling yesterday in the cross-country phase.