Liverpool have ripped apart woeful Arsenal in a 4-0 Premier League thumping at Anfield. 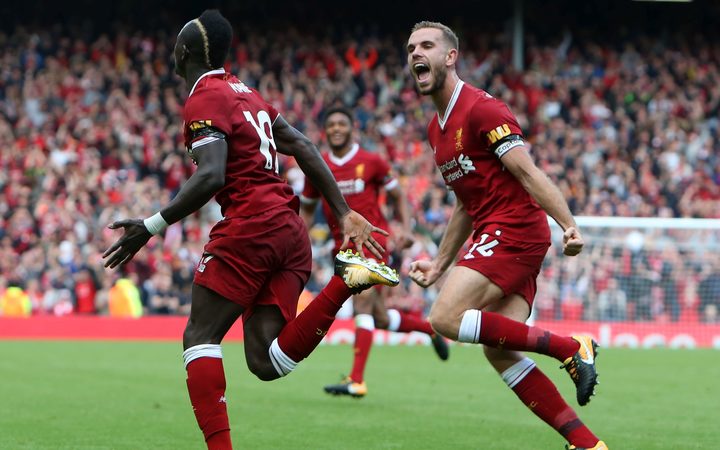 Goals from Roberto Firmino and Sadio Mane before the break and Mohamed Salah and Daniel Sturridge after it secured a thoroughly convincing win against disjointed and disheartened opponents.

Victory continued Liverpool's unbeaten start to the season, moving them on to seven points, two off leaders Manchester United.

Arsenal have lost their past two games and Sunday's shambolic performance will have made for ugly viewing for Arsene Wenger.

"Our performance on the day was disastrous."

Elsewhere, Cesc Fabregas and Alvaro Morata were on target as Chelsea swatted aside Everton 2-0 at Stamford Bridge.

Fabregas fired Chelsea in front after 27 minutes and Morata headed in a second before half-time as the holders moved within three points of United.

New Zealand striker Chris Wood struck a debut equaliser in the second minute of added time for Burnley as they earned 1-1 draw with Tottenham.

Dele Alli scored early in the second half to put Spurs in front, but Wood, signed on Monday from Leeds and introduced as a 57th-minute substitute at Wembley, fired home the leveller into the bottom corner.

The 36-year-old was gifted the easiest of chances in the 77th minute when Baggies defender Ahmed Hegazi seemed to fail to heed a call from Ben Foster and sliced his clearance almost out of his goalkeeper's hands.