As the buzzer signalled the start of the 200 metre breaststroke final in the World Masters Swimming Champs in Budapest, one competitor stood still as others raced away.

But Fernando Alvarez had not frozen, overawed by the occasion.

The veteran swimmer claims he requested a minute's silence be observed before the race, to honour of the victims of the terror attacks in Spain.

When that request was refused, he staged his own tribute. 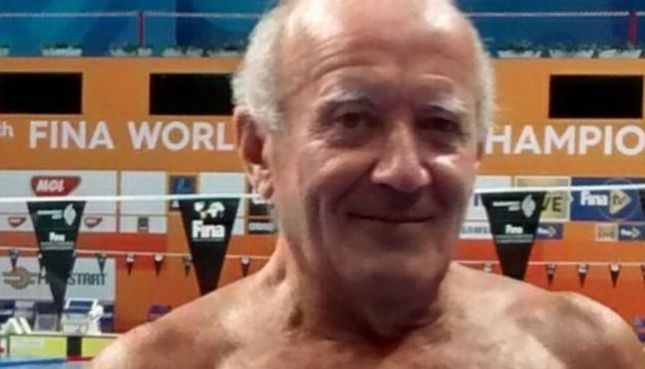 A video of Mr Alvarez's silent mark of respect, shared by his swimming club, Club Natacion Cadiz, has been watched over half a million times on Facebook.

Speaking to El Espanol, Mr Alvarez said he had contacted the competition's organisers the day before the race, requesting a minute's silence be held, but received no reply.

He tried again on the day of the race.

"I went to the director of the competition... but I was told that it was not possible because we could not lose a minute," Mr Alvarez said.

"It's something that has affected us all, but maybe because of the distance and because I have family there... I really think it would have been a good thing to do."

He decided to hold his own tribute. 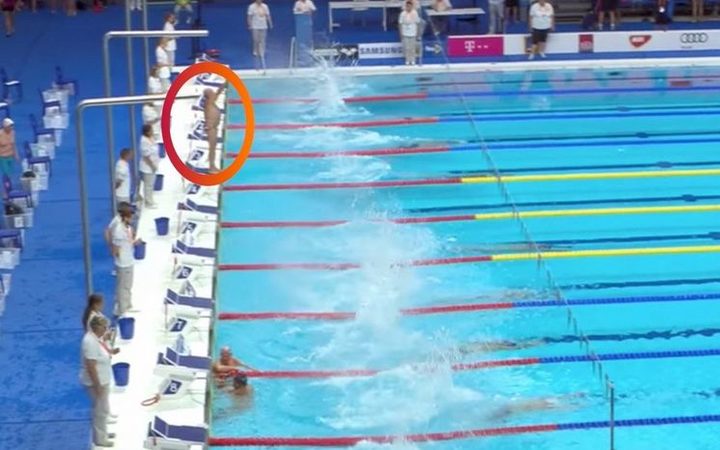 Fernando Alvarez remains on the start line in memory of the victims of the terror attack in Barcelona. Photo: Supplied

"I stayed alone. I left a minute later. But I do not care, I felt better than if I won all the gold in the world."

Writing on Facebook, Mr Alvarez's swimming club said they were overwhelmed by the attention that the post had received.

"In life you have to hold values above everything else," they wrote.

"It is a great example for our swimmers. All of his peers at his club feel very proud of him. We want to congratulate him for being a great person. For us he won gold."