J-League champions Kashima Antlers snatched a late 2-1 win over Auckland City in the Club World Cup preliminary round tie in Yokohama to knock the New Zealanders out as video technology made its debut in a senior FIFA competition. 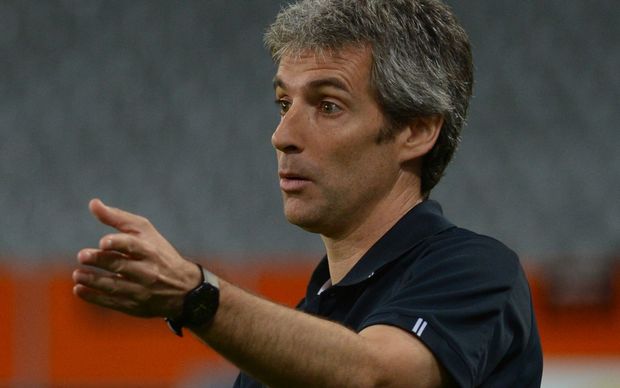 Auckland, the club champions of Oceania and surprise semi-finalists two years ago, went ahead five minutes into the second half when Emiliano Tade's free kick found Kim Dae Wook and the South Korean defender scored with a header.

The New Zealanders' goal came against the run of play but Kashima, who qualified as champions of host nation Japan, equalised 17 minutes later when Shuhei Akasaki turned in Ryota Nagaki's cross.

Just as the game looked set for extra-time, Kashima's Mu Kanazaki headed in from close range with two minutes to go to set up a quarter-final tie on Sunday with African champions Mamelodi Sundowns.

Auckland City coach Ramon Tribulietx said "I think that we defended well. In the end we tired a bit. It was very tense. We are a team that try to keep the ball; we needed to have it and we just didn't manage to get enough of it."

"Kashima made it very difficult. They were very aggressive and they made our lives very hard. Unfortunately we are on the losing side. I'm proud of how we played though. We came very close."

"It's very difficult to come to Japan and try to dominate the national champions. We are not used to this rhythm. In New Zealand the games are a bit slower, but no excuses, we played a great game and in the end it didn't happen for us today."

For the first time in a FIFA competition, the match featured so-called Video Assistant Referees who are allowed to pass information from television replays to the referee on the pitch if requested.

The system, which also allows the referee himself to look at match-changing incidents on pitchside monitors, is being trialed by FIFA, who hope to use it at the 2018 World Cup.

The referee did not call for any reviews.