The Rio Olympic silver medallists men's team sprint led the way for the New Zealand team on the opening day of the Oceania Track Cycling Championships in Melbourne. 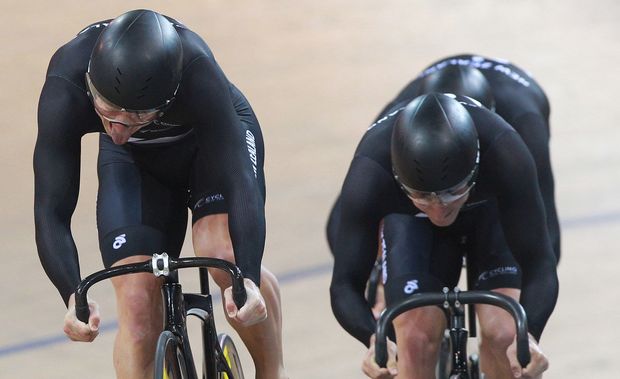 The trio of Ethan Mitchell, Sam Webster and Eddie Dawkins were comfortable winners in the final clocking a respectable 43:535 to begin their competition season.

They earlier topped qualifying in 44.027 and dominated the final by 1.5s over the Australians.

It was the only elite result where the New Zealand contingent managed to better their rivals on the opening day.

Aaron Gate, also back after considerable success on the road in winning the Tour of Southland and national criterium titles, was second in the men's Points race behind Australian Sam Welsford.

The other success came in the junior women's team pursuit, where New Zealand dominated.

The junior men's team pursuit is on the second day of competition.

He was third in the scratch race, first in the new tempo race, fifth in the elimination and second in the points to finish just four points from the gold.

New Zealand had to settle for second place behind Australia in the finals of the junior team sprint for both men and women.

The championships, which continue until Saturday, are the first chance to collect UCI qualifying points for next year's world championships.