The favourite, Lazarus, has cruised to victory in the New Zealand Trotting Cup at Addington in Christchurch.

Driven by Mark Purdon, four-year-old Lazarus led for a large part of the race and crossed the line 10 lengths clear of second-placed Tiger Tiara, in a record race time. 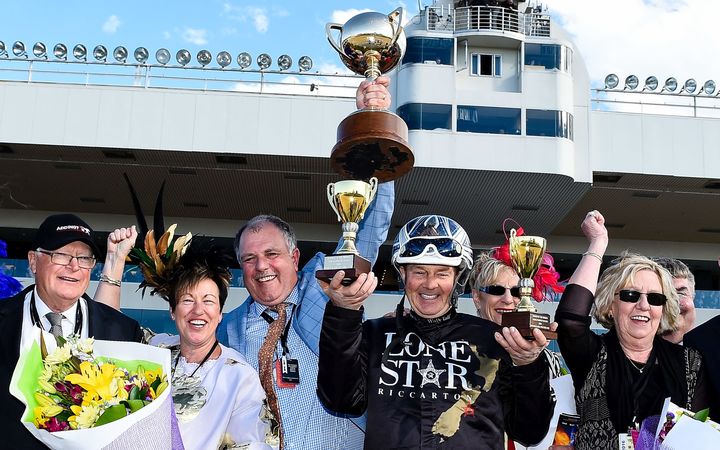 It's the fourth time Purdon has driven the cup winner and told Trackside television it was an "emotional moment and one of the greatest moments in harness racing for me".

"The time just astounds me. I just had a handful of horse coming around the corner... and I just said 'come on boy let's get a break now' and he just put it beyond doubt in about 50 metres." 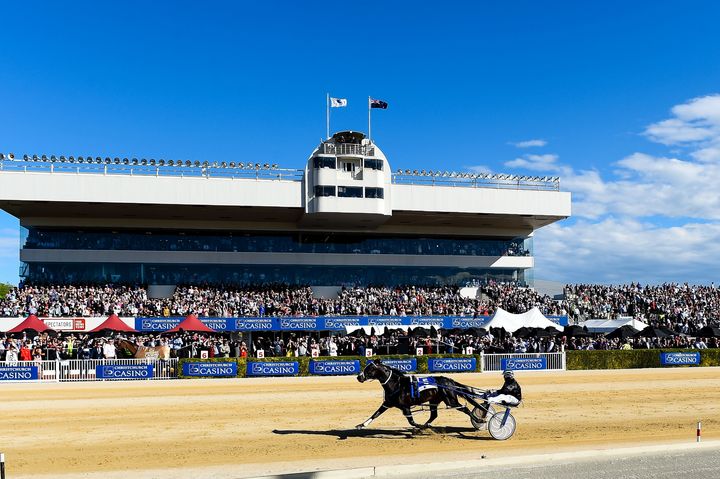 Lazarus on his way to victory in the NZ Trotting Cup. Photo: Photosport