The All Whites have turned their attention to the USA after a tough 2-1 loss to Mexico on Sunday. 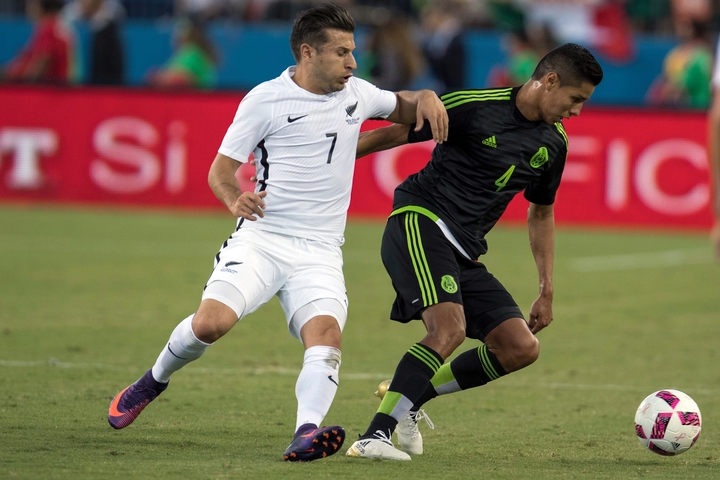 Kosta Barbarouses challenges for the ball against Mexico Photo: Photosport

The All Whites, ranked 88th in the world, fell behind Mexico midway through the first half when they converted a dubious penalty decision.

The ref ruled the Mexican player was brought down in the box, but the replay showed he wasn't touched.

New Zealand got one back just after half time when Marco Rojas tapped in a Deklan Wynne cross to tie up the score at 1-1.

However Mexico, ranked 15th in the world, took back the lead 10 minutes later, sealing the 2-1 win.

It was the All Whites fifth loss to Mexico since 2010.

Striker Chris Wood said despite the defeat it was the All Whites best performance against the Central American team.

"We played very well. We kept a very good side to minimal chances, we were able to impose our type of football on them," Wood said. 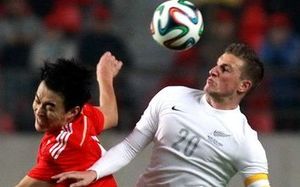 "We kept them quiet for most of the game. It took a bit of brilliance from them to win the game with a great move [great interplay between Oribe Peralta and Marco Fabian]."

"We have to take a lot of credit for the way we set up, the tactics and the way we pressed. We did well."

Having a weeks preparation and time training together showed during the game, he said.

The All Whites play the USA, ranked 22 in the world, in Washington DC on Wednesday.

The US come into the game in strong form, having finished fourth at Copa America in June and with a three game winning streak to their name.

Wood comes into the game in a rich vein of form himself, having scored seven goals in 13 games this season for his Championship side Leeds United.

Wood said he hopes his side can create history by beating the more fancied USA team.

"We know it is going to be a tough game. They are a good side. We will be knuckling down and seeing what they have to offer."