The Australian international rugby player Christian Lealiifano has been diagnosed with leukaemia. 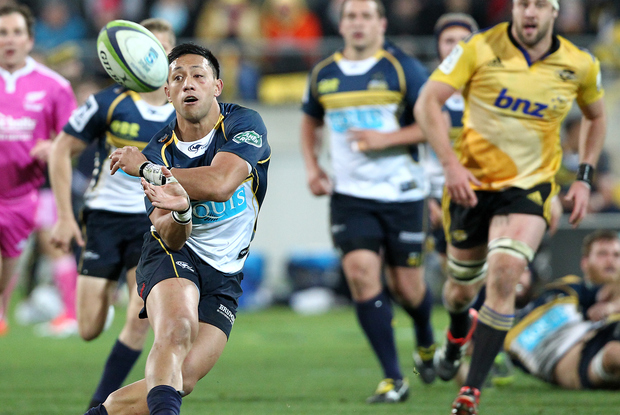 His Super Rugby club, the ACT Brumbies, announced today that Lealiifano is currently being treated in hospital.

The 28-year-old was a notable absentee from the Wallabies squad for the Rugby Championship named yesterday.

The Australian Rugby Union said it would do whatever it could to support him.

"We were shocked to receive the news of Christian's diagnosis yesterday and our thoughts are firmly with him as he begins his treatment," said chief executive, Bill Pulver.

"Anyone who has ever had any involvement with Christian knows he is an outstanding young man, as well as being an exceptionally talented Rugby player, and the ARU will do whatever it can to support Christian and his family now and throughout his treatment."

The Brumbies' interim chief executive, Phil Thomson, said the diagnosis had been a shock to the team, who made the quarter-finals of this year's Super Rugby competition before losing to the Otago Highlanders.

"He is one of the most respected players within this group and this news has come as a huge shock to all of our players, coaches and staff," he said.

"At the moment it's just a matter of ensuring Christian receives the best care and support he can at this time."

"Really tough 24 hours trying to come to terms with news about Christian. One of the most respected and loved players I've played alongside," he tweeted.

The Wallabies open their Rugby Championship defence against world champions New Zealand in Sydney on August 20.