Satire - The Olympics are always evolving to reflect changing social patterns and global developments. New events are created, and new ways are devised of staging old ones.

In case you haven't caught up with the changes, here's a quick guide to what to expect over the next two weeks in Rio. 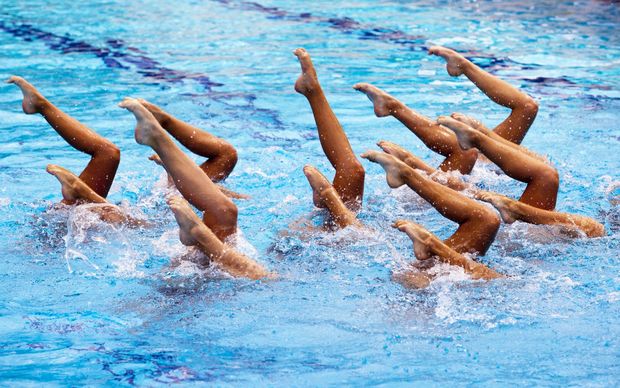 Pool vaulting is to feature at this year's Olympics in Rio. Photo: 123RF

One percent of the players have clubs. The rest use their hands.

Players require an entry fee. If they don't have it, they're still allowed on the field, but every time they get close to scoring a try, the goalposts are moved.

Competitors must first jump through hoops with their hands tied. Then they wade blindfold through treacle. Then they get sued if they step out of line.

Not a recognised Olympic sport until now, but an exciting and demanding one, with the added benefit of oral hygiene gains. The challenge is not so much in the flossing itself but in trying to do it while lifting weights.

The same as above, but in teams.

Competitors must leap a series of hurdles while singing Land of Hope and Glory, then go for the high jump.

This event has already been running for three months, as part of the build-up to Rio. Competitors have been working hard to stay in the race but regardless of how well they're doing, the Games authorities reserve the right to kick them out when the 90 days are up.

Any fighter found in the ring with a wheatmeal sandwich in their hand will be banned for life.

The injury toll from this combination of two traditional Olympic sports - pole vaulting and swimming - has been regrettably high, but officials are confident that with properly secured screens in place, no more swimmers will land in the upper rows of spectator seating.

The challenge here is to run for as long as you can while keeping your hair on.

In this long-distance women's race, contestants must drag their husbands along behind them, plus all their baggage.

There are no winners here.

*Denis Welch is an editor at RNZ, and an independent author.