Sisters Serena and Venus Williams are one win away from clashing in the Wimbledon final for a fifth time.

Top-ranked Serena has advanced to the semi-finals with a 6-4 6-4 quarter-final win over Anastasia Pavlyuchenkova while Venus advanced to the last four at Wimbledon for the first time in seven years with a 7-6 (7-5) 6-2 defeat of Yaroslava Shvedova.

Serena finished off Pavlyuchenkova with her eighth ace after just 73 minutes and next faces another Russian in the unseeded Elina Vesnina, who baet Slovakian 19th seed Dominika Cibulkova 6-2 6-2. 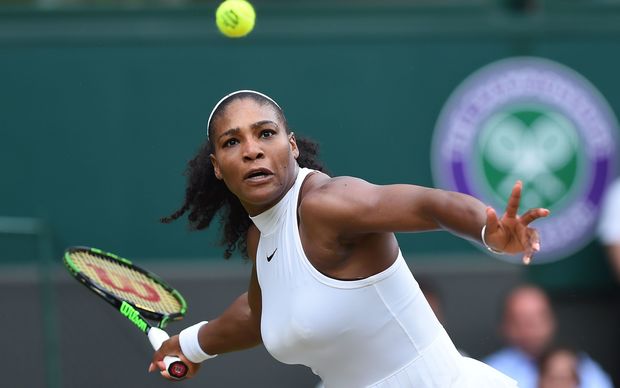 Serena Williams is one win away from playing her sister Venus in the final at Wimbledon for the fifth time. Photo: Photosport

Continuing her extraordinary tennis renaissance, 36-year-old Venus is the oldest player to reach the Wimbledon last four since Martina Navratilova in 1994.

Sixteen years after winning her first of five crowns on London's hallowed grass courts, and five years after being diagnosed with Sjogren's syndrome, Venus will play Australian Open champion Angelique Kerber for a place in the final.

"We're just happy to be in the semi-finals. It's so cool, it's just great," Serena said.

"If I'm not in the final, obviously I want her to win so bad." 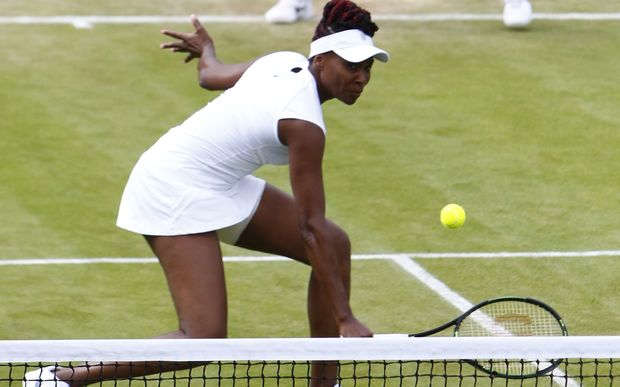 Venus Williams is the oldest woman to reach the semi-finals at Wimbledon in over 20 years. Photo: Photosport

The former world No.1 has won all eight previous semi-finals at Wimbledon, including the 2000 decider when she defeated 18-year-old Serena en route to her first Wimbledon crown.

After her breakthrough win at the Australian Open Kerber is now eyeing a second in six months after denying Romanian fifth seed Simona Halep 7-5 7-6 (7-2) in a rollercoaster encounter earlier that featured 13 breaks in 24 service games.

At 29, Kerber - a semi-finalist in 2012 too - believes she is playing the finest grasscourt tennis of her career.

She is the only woman not to have dropped a set yet in five matches this campaign.