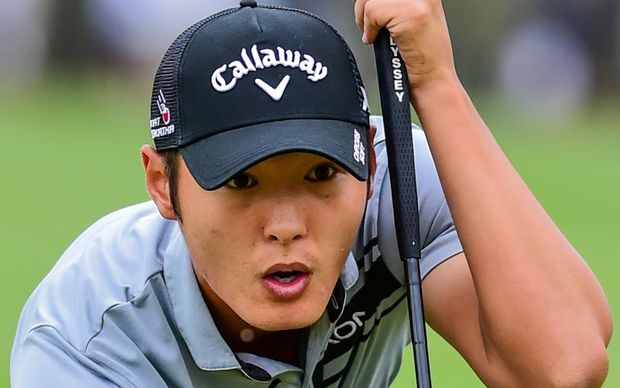 The 33-year-old Stuard sealed the win on the second extra hole at the TPC Louisiana, the par-five 18th, after laying up in two, hitting a superb third shot to three feet and knocking in the birdie putt.

Lovemark parred the hole after overshooting the green with his second and failing to reach the putting surface with his third.

An was ousted from the playoff after recording a bogey on the first extra hole, also the 18th.

The trio had finished the 54 regulation holes at 15-under-201, An firing a seven-under 65, Stuard a 69 and Lovemark closing with a 68 after three-putting the final hole for a par.

New Zealand's Danny Lee and Tim Wilkinson both finished well down the leaderboard.

Lee ended tied for 58th on four-under par, while Wilkinson was tied for 64th on three-under.