The Super Rugby season of the Blues player, Rene Ranger, is over after the centre ruptured a knee ligament in Saturday's 23-18 victory over the Sharks. 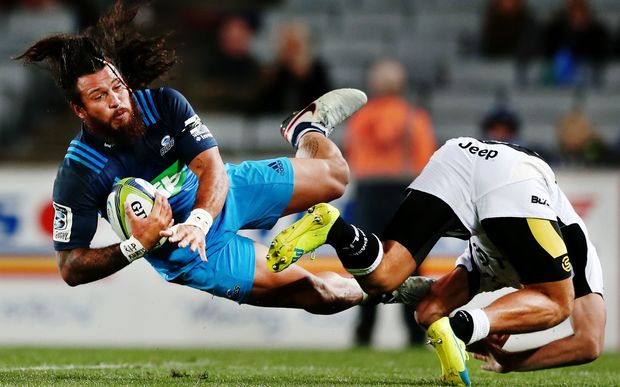 Rene Ranger of the Blues was taken off at half-time due to injury. Photo: PHOTOSPORT

Ranger was taken off the field at half-time and didn't look like a man whose season had just ended as he sat on the side lines watching his team play out the second half.

But on Sunday evening the Blues confirmed that Ranger had ruptured an anterior cruciate ligament and that his season was over.

Ranger, a former All Black who returned to the Blues this season after a year in France will undergo scans on Monday.