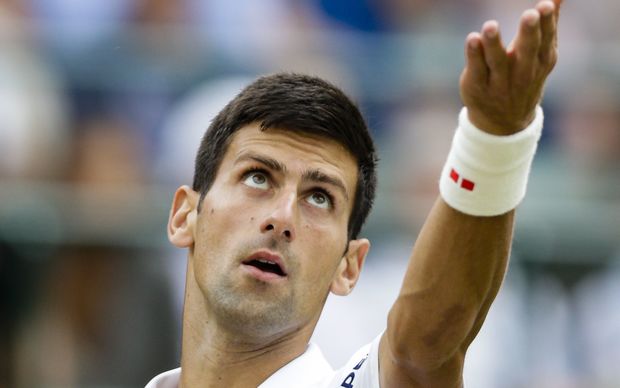 Djokovic and Nadal treated the fans to several compelling rallies at the sun-baked Indian Wells Tennis Garden but the Serb, for the most part, held the upper hand and broke his opponent twice in the second set to secure victory.

After a protracted encounter that lasted nearly two hours, the Australian Open, Wimbledon and US Open champion booked his place in Sunday's final where he will meet Canadian Milos Raonic, a 6-3 3-6 6-3 winner against Belgian David Goffin ni the other semi-final.

"There were things that I could have done better but I finished off the match very well and I am very pleased to get through to the final," Djokovic said after improving his record against Nadal to 25-23.

"The first set was very close and decided by one or two points in a tiebreaker and I was just fortunate to get through that one.

Breaks of serve were traded in the second and third games of an eagerly awaited showdown, before Nadal later squandered a set point in the 10th game when he netted a forehand.

Though the Spaniard came from 2-5 down in the tiebreak to level at 5-5, Djokovic edged ahead 6-5 after a strong first serve before clinching the set after a little more than an hour when his opponent netted a backhand.

Earlier, the big-serving Raonic overcame a second-set wobble against the 15th-seeded Goffin to reach his third ATP Masters final.

"I lost my way a little bit (in the second set), I got into his rhythm," the towering Raonic said after sealing victory in two hours to improve his record for the year to 14-1.

"But I really went for it in the third set and it came together.