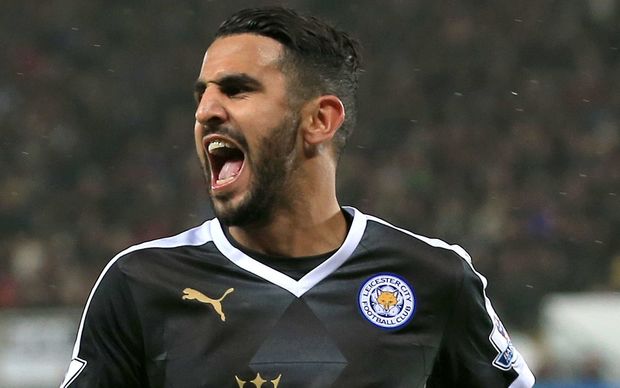 With their rivals desperate for a favour from out-of-form Palace, Leicester ground out a 13th victory by a single goal this season to pile the pressure on their challengers.

They are eight points clear of Tottenham Hotspur, who play Bournemouth on Sunday, with seven games left, and 11 ahead of Arsenal who kept their title hopes alive when goals from Danny Welbeck and Alex Iwobi secured a 2-0 win at Everton.

Arsenal, who have a game in hand on Leicester, made a timely return to form after three league games without a win and exits from the FA Cup and Champions League in the past week.

West Ham United's charge into contention for Champions League qualification suffered a late setback at Chelsea where they were denied victory by Cesc Fabregas's late penalty.

Substitute Andy Carroll had put West Ham 2-1 ahead and had it stayed like that they would have moved into fourth place, but Fabregas, who also scored Chelsea's first, converted after Ruben Loftus-Cheek had been brought down by Michail Antonio.

The Hammers stayed in fifth place with 50 points, one behind Manchester City who play sixth-placed Manchester United (47) in Sunday's derby.

Chelsea remain unbeaten in the league under interim manager Guus Hiddink but an 11th draw of the season for last season's champions left them 10th.

Meanwhile, Swansea hammered another nail into Aston Villa's Premier League coffin with the softest of goals earning the Welsh side a 1-0 victory that may well secure their safety for another season.

Villa keeper Brad Guzan came off his line in the 53rd minute only to flap hopelessly at a free-kick curled in by Gylfi Sigurdsson and tip the ball on to a grateful Federico Fernandez's shoulder and into the net.

The woeful defending in a game of poor quality seemed to sum up the visitors' hapless season as they suffered a sixth successive league defeat, leaving them marooned at the bottom of the table, eight points behind second from bottom Newcastle United.

The Swans, enjoying two successive home victories for the first time since August, moved 11 points clear of the relegation zone in 15th place.